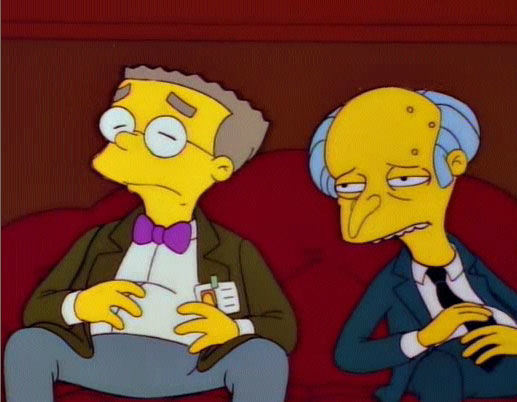 Who Shot Mr. Burns? (1) 06x25
Mr. Burns makes many enemies when he steals the oil discovered beneath Springfield Elementary. 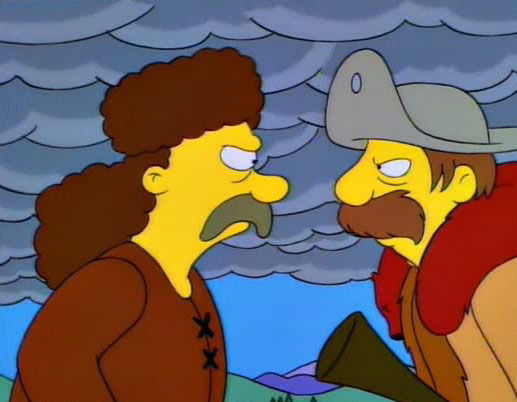 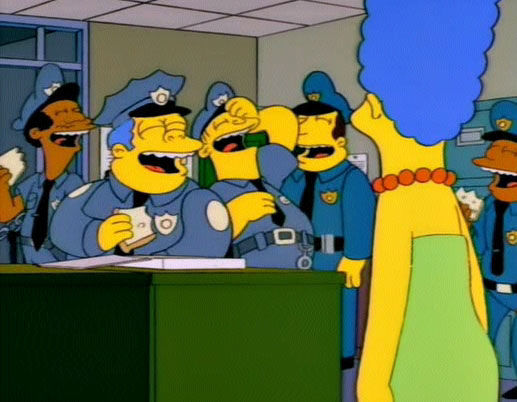 The Springfield Connection 06x23
Marge joins the police force after thwarting a criminal, and Homer thinks he now has a free ride as a cop's spouse. 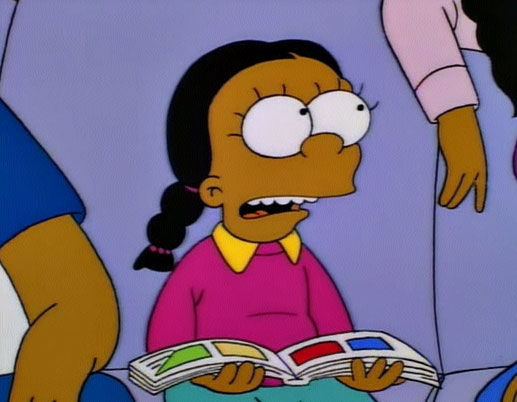 Round Springfield 06x22
Bart winds up in the hospital as a result of eating Krusty cereal, and when Lisa comes to visit him, she is reunited with her sax idol, who recounts his big break on "The Tonight Show." 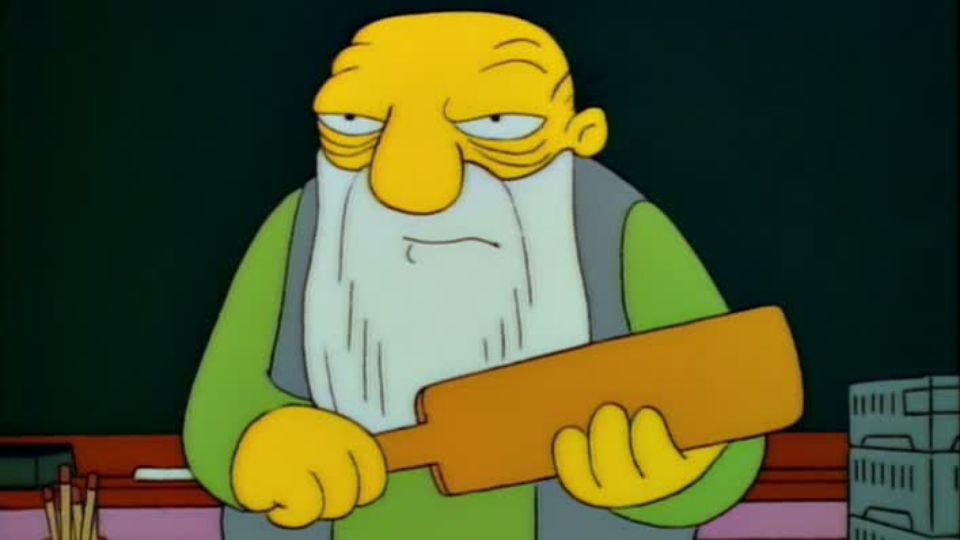 The PTA Disbands 06x21
Bart helps precipitate a teachers strike, but he rues his handiwork when Marge takes over for Mrs. Krabapple. 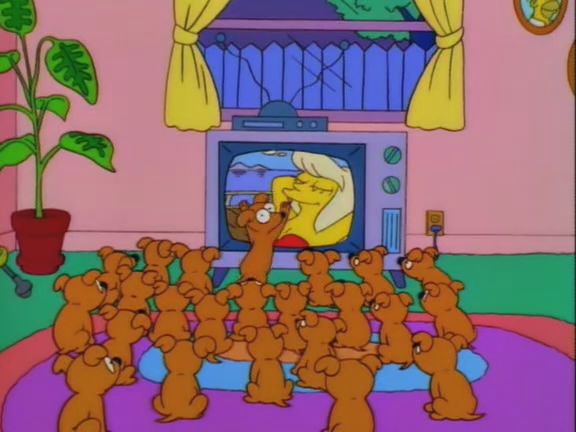 Two Dozen and One Greyhounds 06x20
The Simpson household's overrun with puppies---the offspring of Santa's Little Helper and his new girlfriend from which Mr. Burns would love to make a greyhound-skin tuxedo. 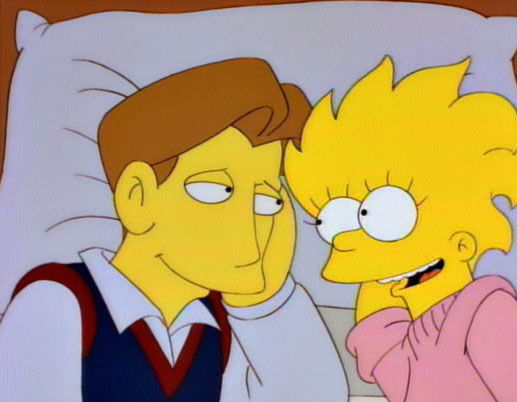 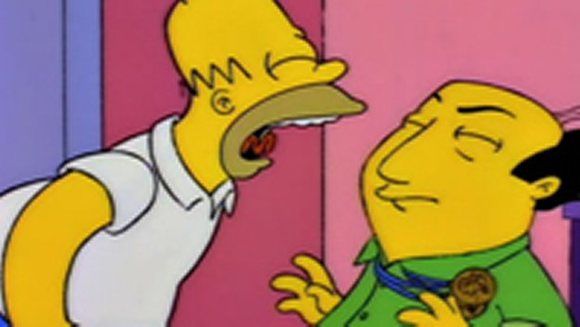 A Star is Burns 06x18
Film critic Jay Sherman (Jon Lovitz) is among the judges at the Springfield Film Festival, which Mr. Burns conspires to win by bribing some judges. 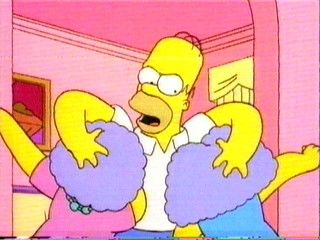 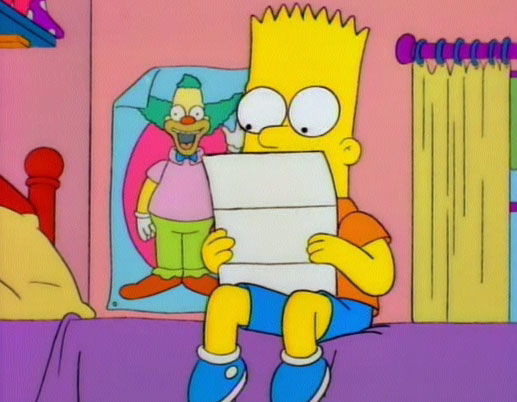 Bart vs. Australia 06x16
After tricking an Australian boy into accepting a collect call, Bart flies Down Under to apologize. 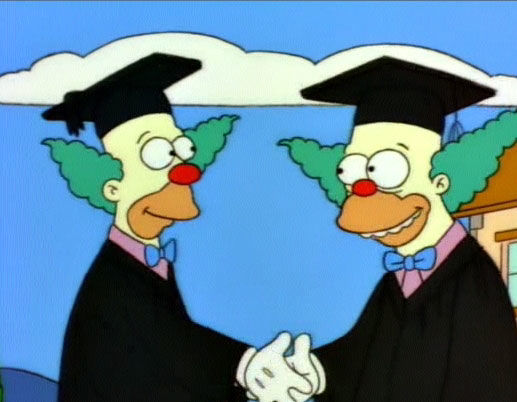 Homie the Clown 06x15
Homer graduates from Krusty's Clown College and becomes a target for the clown's bookie. 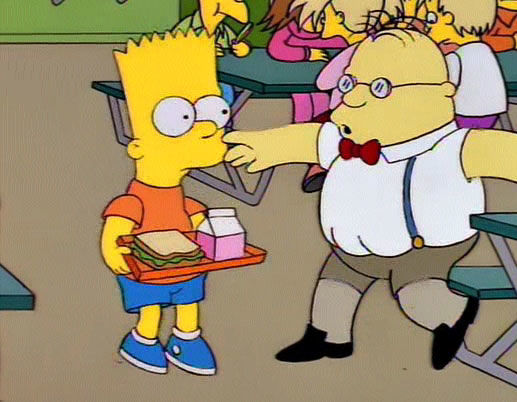 Bart's Comet 06x14
A comet is hurtling toward Springfield, so the Simpsons take refuge in a bomb shelter---Flanders'. 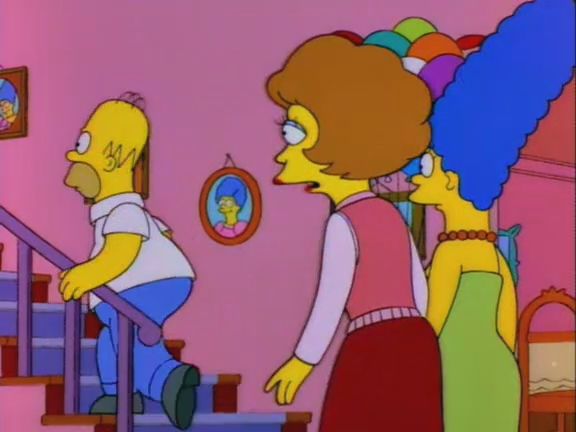 And Maggie Makes Three 06x13
Homer recalls his days as a debt-free dad of two---until Marge got pregnant with Maggie. 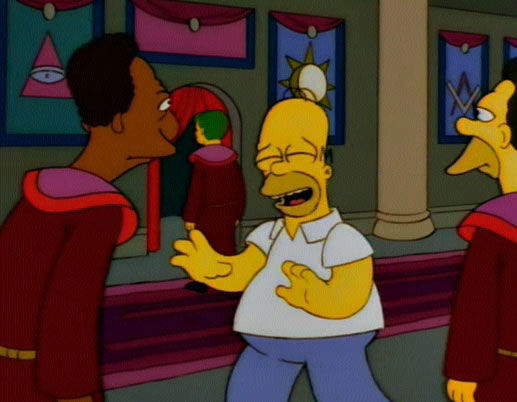 Homer the Great 06x12
Homer becomes the leader of a secret club, but his power is undermined by a "spiritual emptiness." 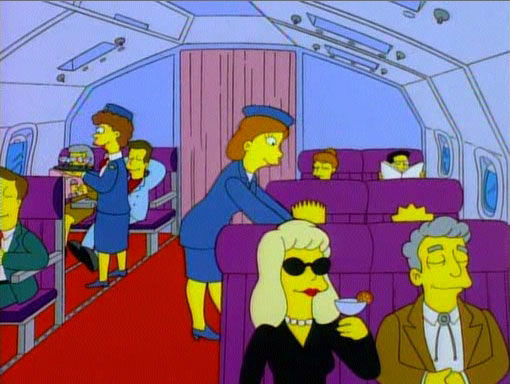 Fear of Flying 06x11
Marge sees a psychiatrist (Anne Bancroft) to explore her fear of flying and learns that her father may be the key. 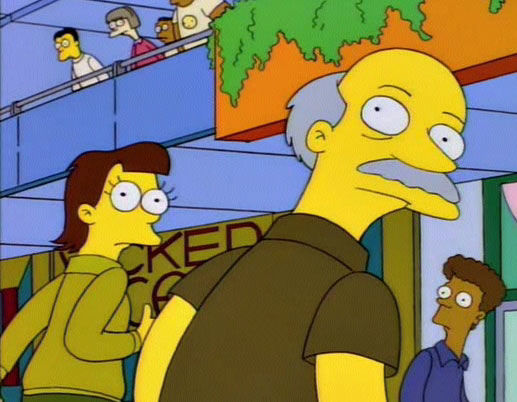 Grandpa vs. Sexual Inadequacy 06x10
Grandpa's homemade tonic puts life back in the Simpson bedroom, so he and Homer hit the road to sell the stuff. 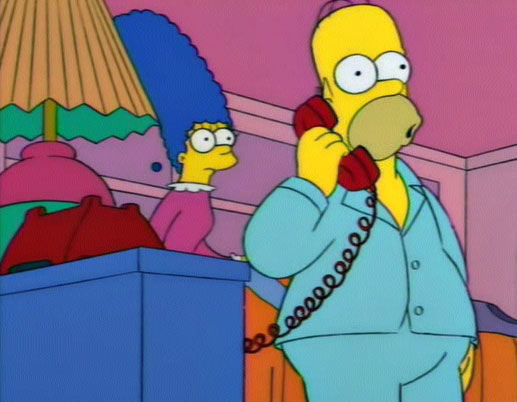 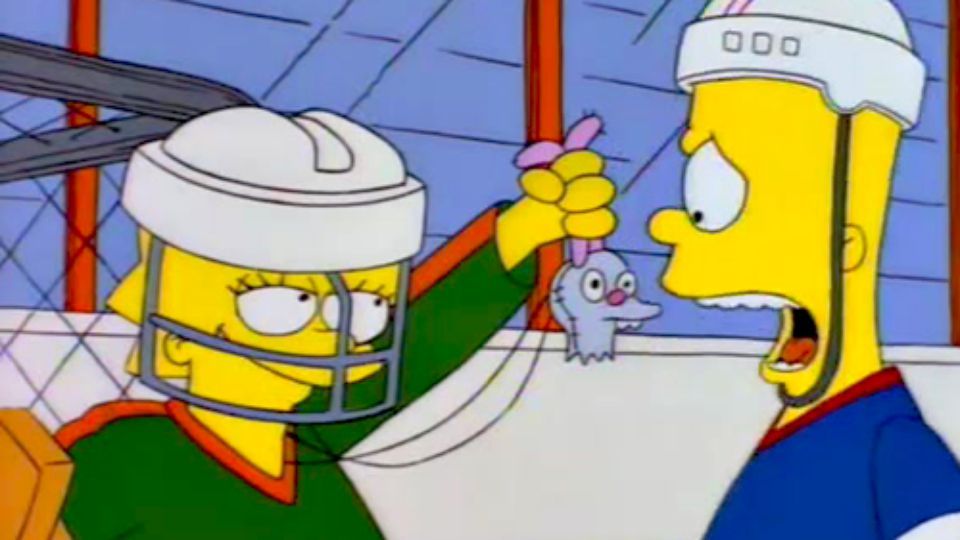 Lisa on Ice 06x08
Lisa's surprising ability at hockey spawns jealousy in Bart and a showdown when their teams meet. 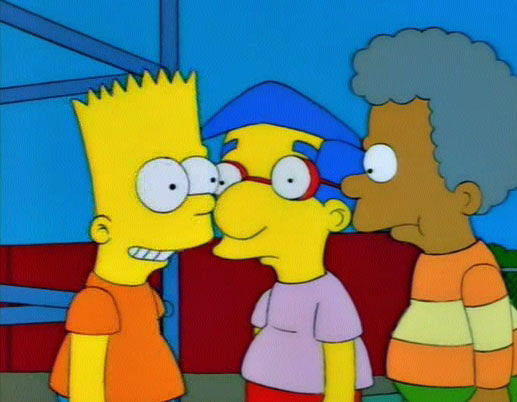 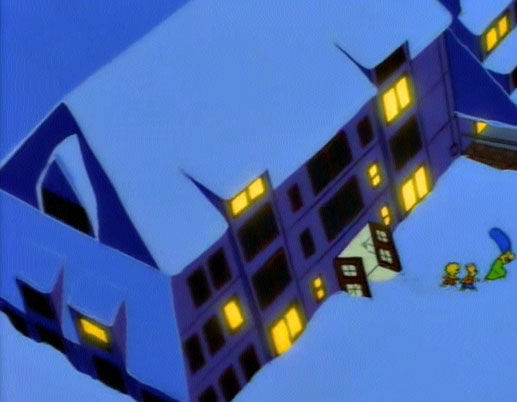 Treehouse of Horror V 06x06
Frightfest '94: Lack of beer and cable TV make Homer a crazed killer; the present is altered by a time-traveling Homer; and Principal Skinner turns detention students into food. 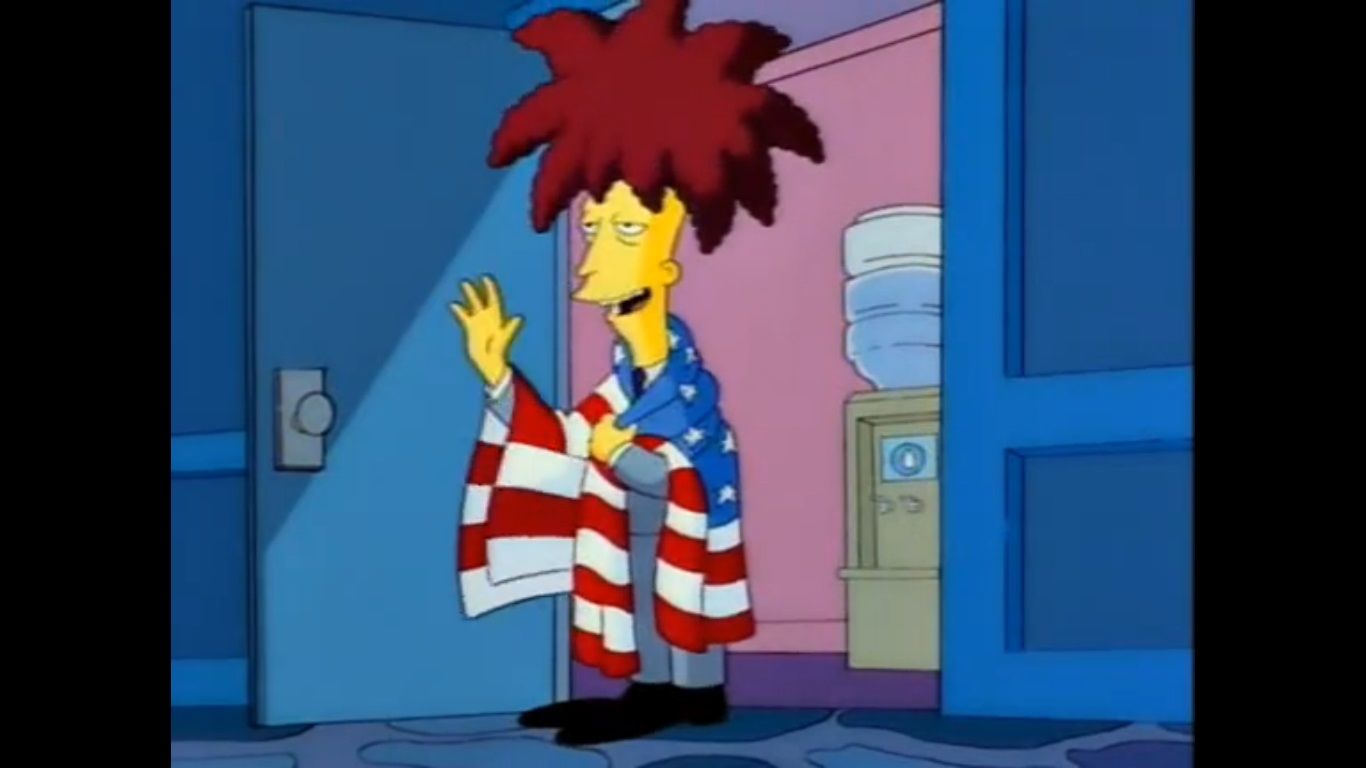 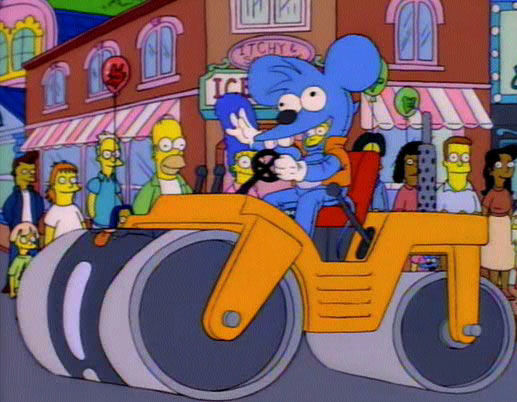 Itchy & Scratchy Land 06x04
Marge makes Homer promise not to embarrass her when they visit Itchy &amp; Scratchy Land, "the violentest place on earth." Blackboard 'I am not the reincarnation of Sammy Davis Jr.'. 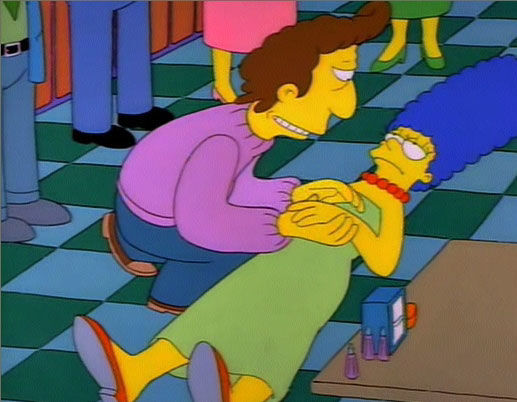 Another Simpsons Clip Show 06x03
A family discussion of love yields stories (seen in flashbacks) that all end in heartbreak. 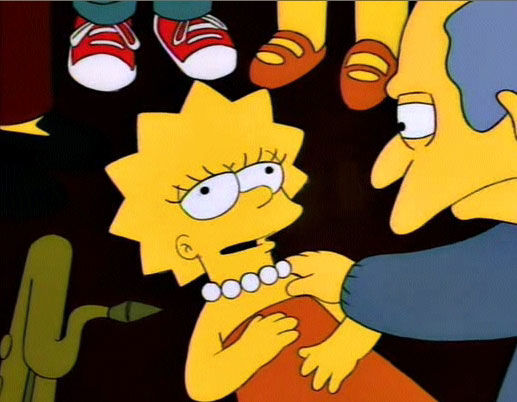 Lisa's Rival 06x02
Lisa is dumbfounded by a new classmate who's younger, smarter and her competitor for first-chair sax. Meanwhile, Homer tries to profit after a truck spills its load of sugar. 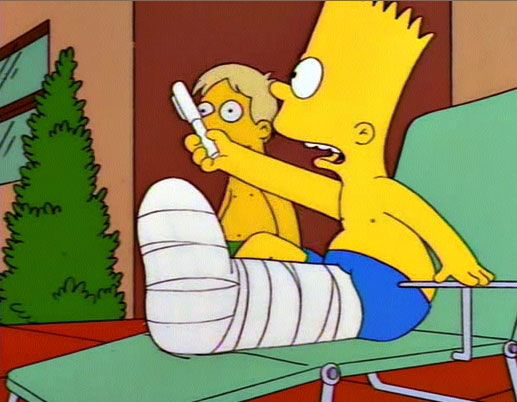 Bart of Darkness 06x01
The Simpsons get a pool, but a broken leg sinks the summer for Bart.