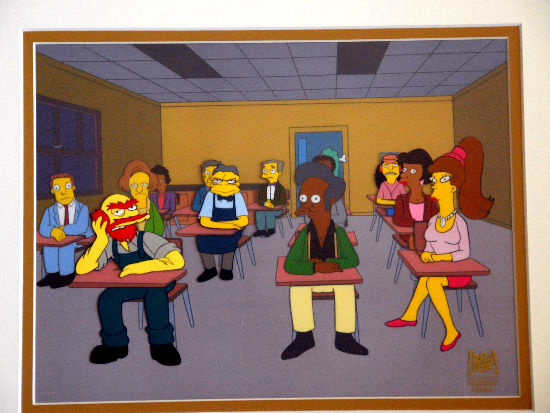 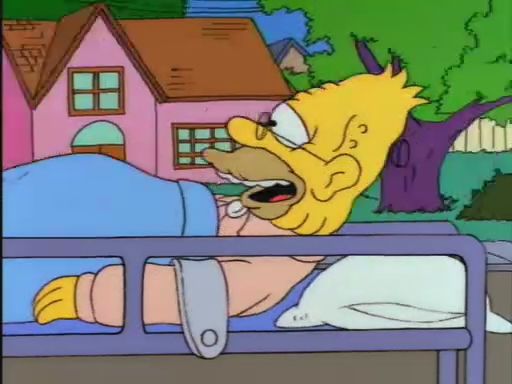 Lady Bouvier's Lover 05x21
Grandpa Simpson falls for Marge's mother, but loses out to a competitor; Bart gets ripped off shopping at home with Homer's credit card. 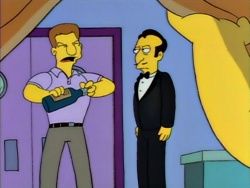 The Boy Who Knew Too Much 05x20
Bart can clear Mayor Quimby's nephew of a charge of battery, but only by implicating himself as a hooky player. 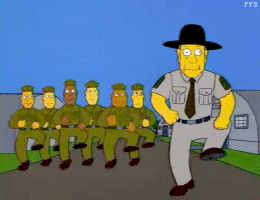 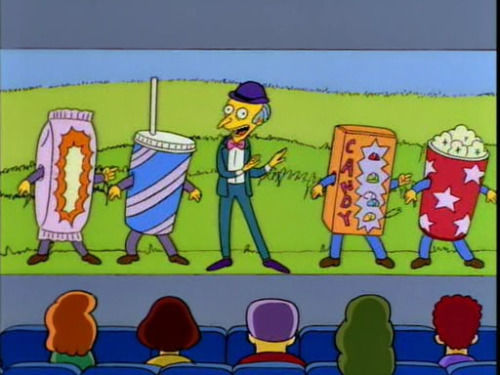 Burns' Heir 05x18
Bart is picked to be Burns' heir and moves into the Burns mansion, prompting Homer and Marge to hire a deprogrammer to get him back. 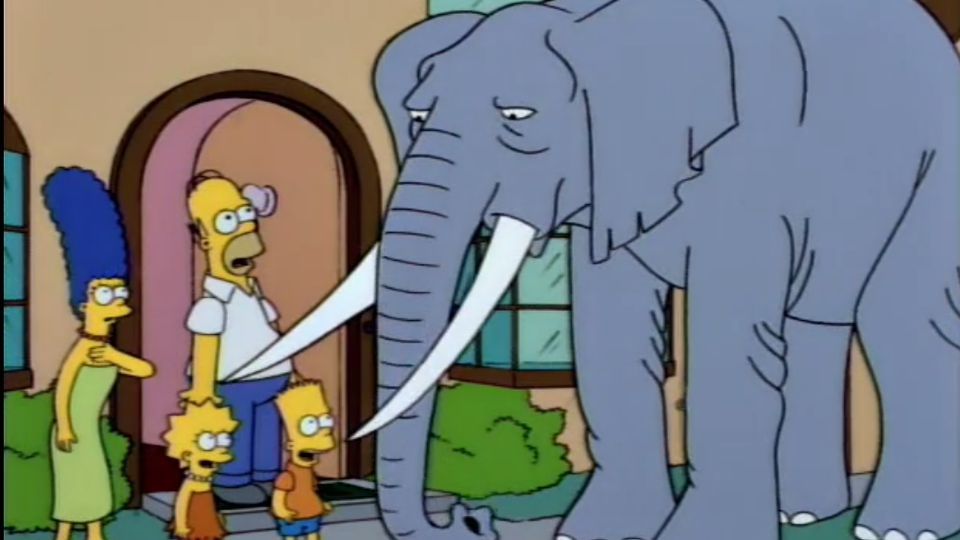 Bart Gets an Elephant 05x17
Bart wins an elephant, but Homer won't let him keep it. 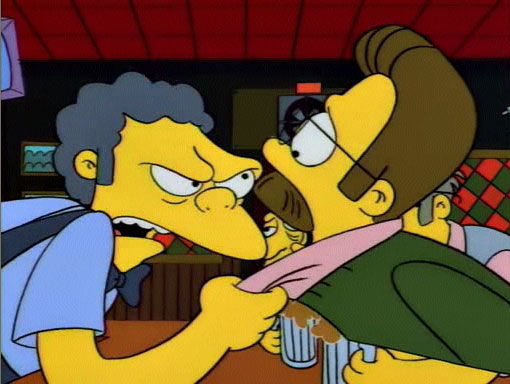 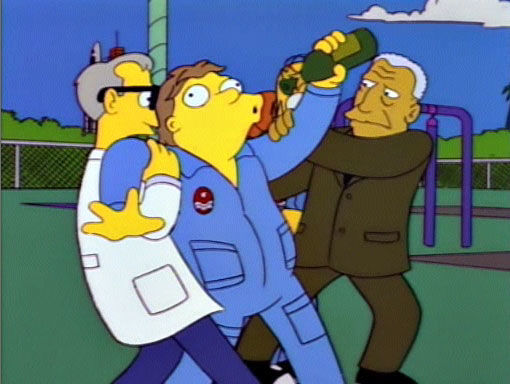 Deep Space Homer 05x15
Homer and Barney compete to be the first "average" American in space. 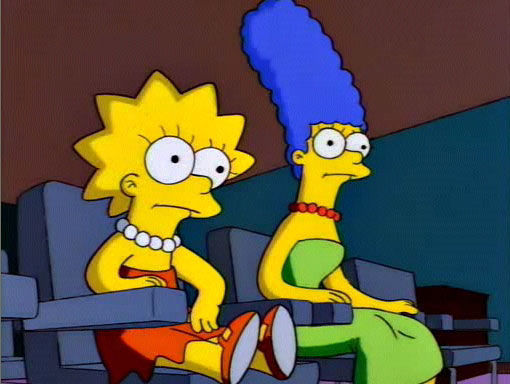 Lisa vs. Malibu Stacy 05x14
Lisa's outrage over the gender stereotypes reinforced by a new talking doll prompts her to confront the dollmaker (Kathleen Turner). 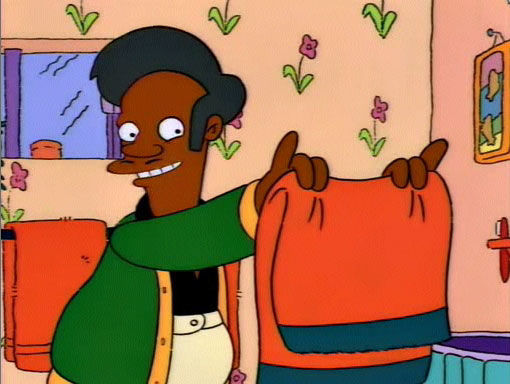 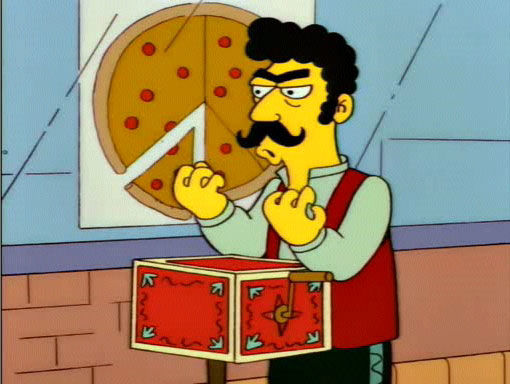 Bart Gets Famous 05x12
When an on-air remark catapults Bart to instant stardom, he finds that fame isn't all it's cracked up to be. 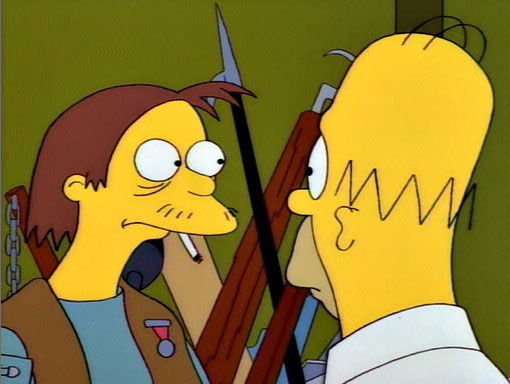 Homer the Vigilante 05x11
Homer leads a vigilante group to catch the Springfield Cat Burglar (voice of Sam Neill), who then robs the museum.

$pringfield (or, How I Learned to Stop Worrying and Love Legalized Gambling) 05x10
Legalized gambling comes to Springfield, and Marge becomes addicted; Robert Goulet entertains at Bart's casino for kids. 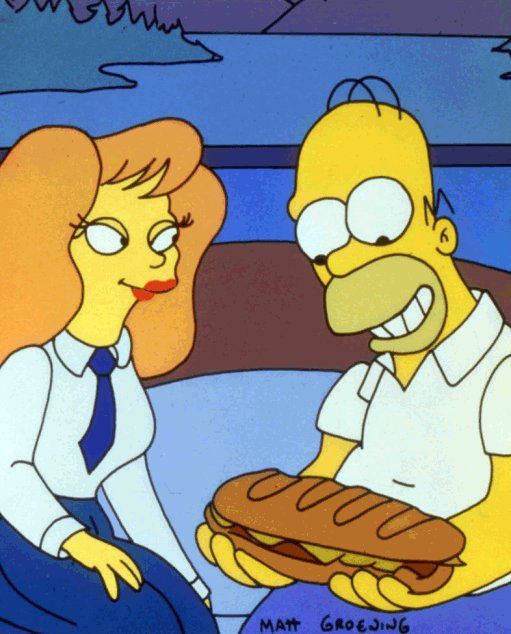 The Last Temptation of Homer 05x09
Homer is attracted to a pretty power-plant worker (voice of Michelle Pfeiffer), and Werner Klemperer speaks for the guardian angel who helps Homer fight temptation. 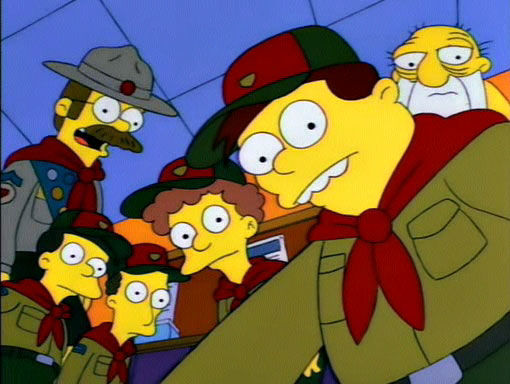 Boy-Scoutz 'n the Hood 05x08
Bart joins the Junior Campers, which isn't all bad until he goes on a rafting trip that includes Flanders and "celebrity dad" Ernest Borgnine. 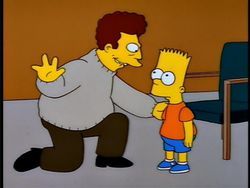 Bart's Inner Child 05x07
Springfield emulates Bart after he's praised by a self-help guru. James Brown has a cameo at Springfield's Do What You Want festival. 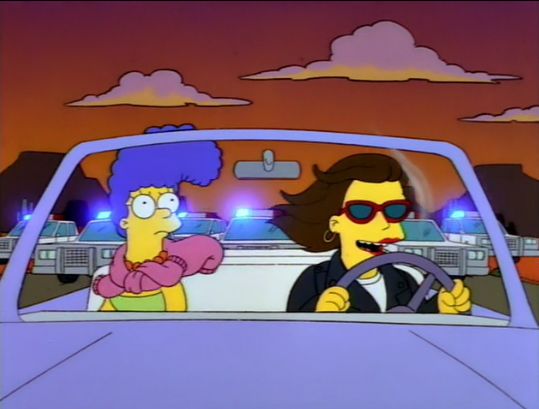 Marge on the Lam 05x06
Marge's wild night out with neighbor Ruth (Pamela Reed) includes running from the police in Ruth's car, stolen from her ex. 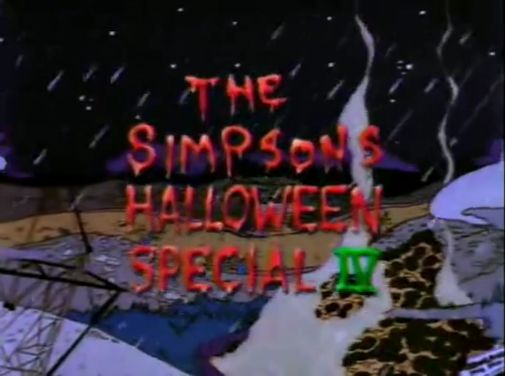 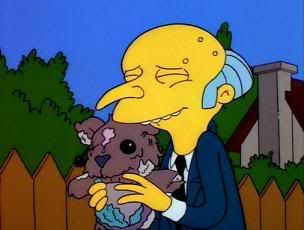 Rosebud 05x04
Burns longs for a childhood toy that winds up in the grip of Maggie. 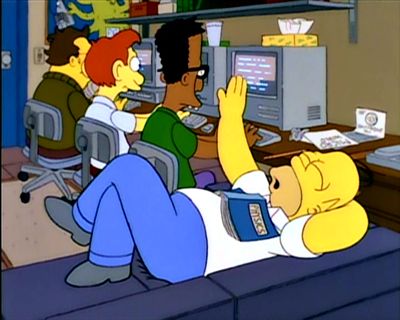 Homer Goes to College 05x03
Homer takes Nuclear Physics 101 at the local college, where he gets a trio of nerdy tutors expelled for extracurricular activities. 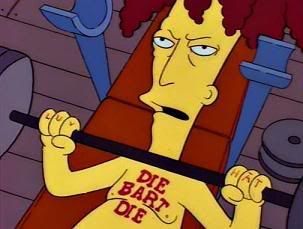 Cape Feare 05x02
The Simpsons go incognito to avoid the newly paroled Sideshow Bob, who's out to get Bart. 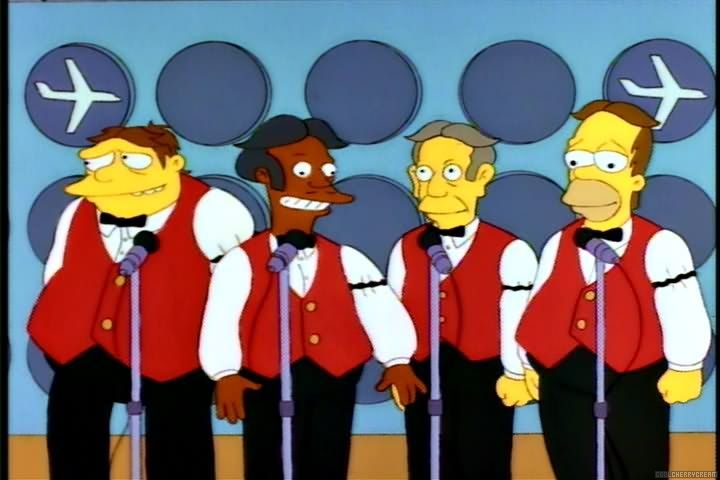