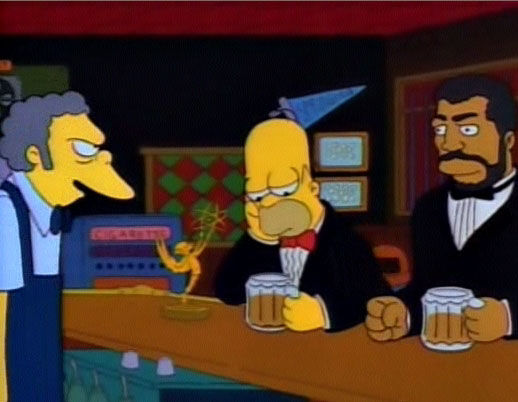 Brother, Can You Spare Two Dimes? 03x24
Homer's stepbrother asks for a loan after Homer is awarded some cash, presented by Smokin' Joe Frazier. 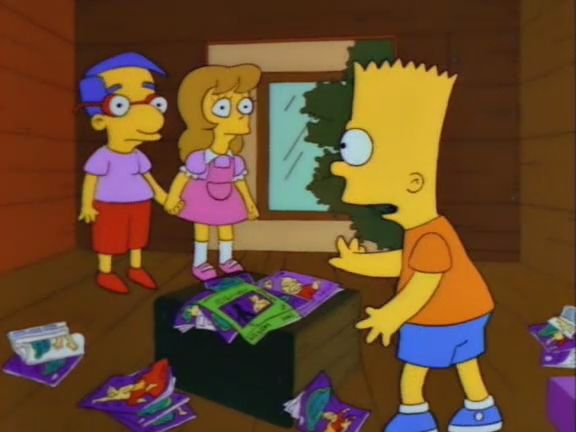 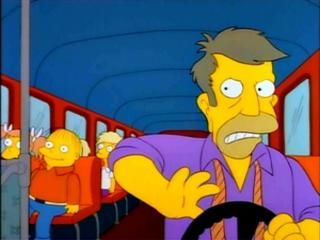 The Otto Show 03x22
Spinal Tap hits Springfield, and Otto the bus driver hits the skids after being fired, taking refuge in the Simpsons' garage. 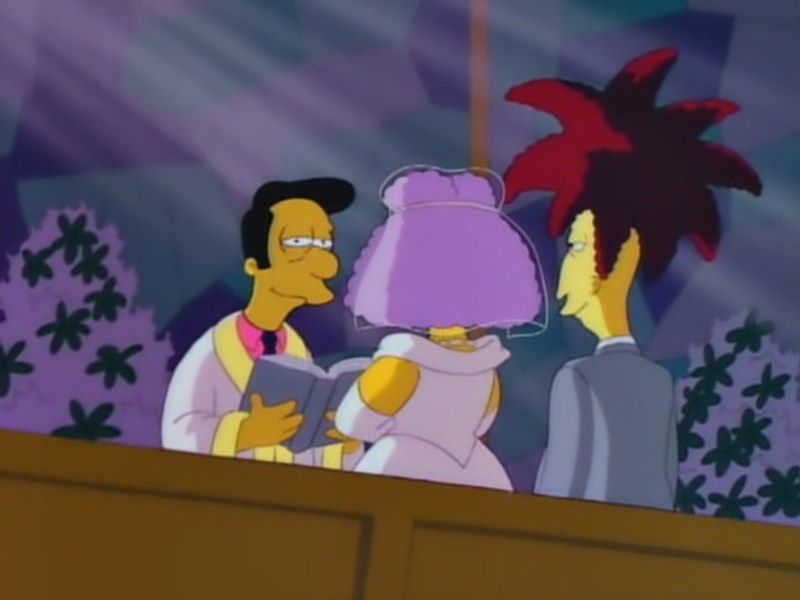 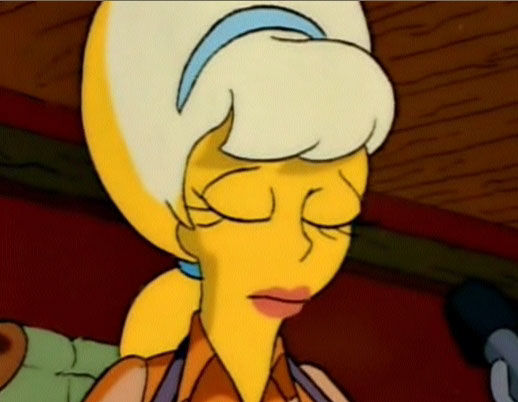 Colonel Homer 03x20
Marge fears a cheatin' heart when a waitress-country singer asks Homer to be her manager. 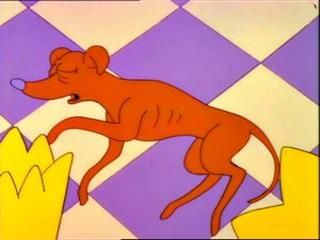 Separate Vocations 03x18
The results from their aptitude tests cause Bart and Lisa to make 180-degree turns in their behavior. 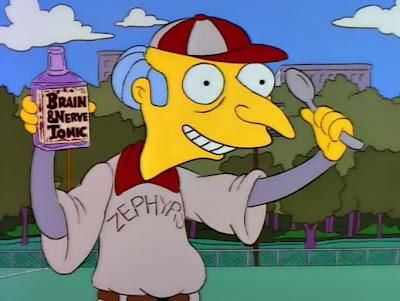 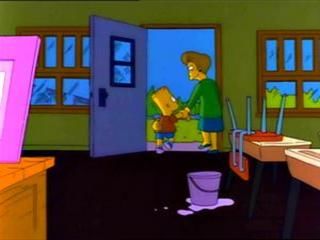 Bart the Lover 03x16
Bart's answer to detention from Mrs. Krabappel is to answer her personal ad with letters from a Mr. Wonderful, but his last laugh is more of a guilty whimper. Meanwhile, Homer makes a bet with Flanders that if he tries to stop swearing, Flanders will shave off his mustache. 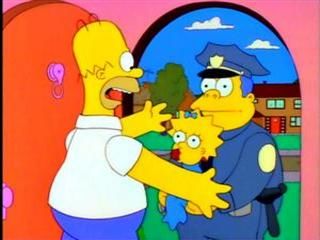 Homer Alone 03x15
A stressed Marge vacations alone, leaving Bart and Lisa with Patty and Selma, and Maggie with Homer---until she leaves in search of Marge. 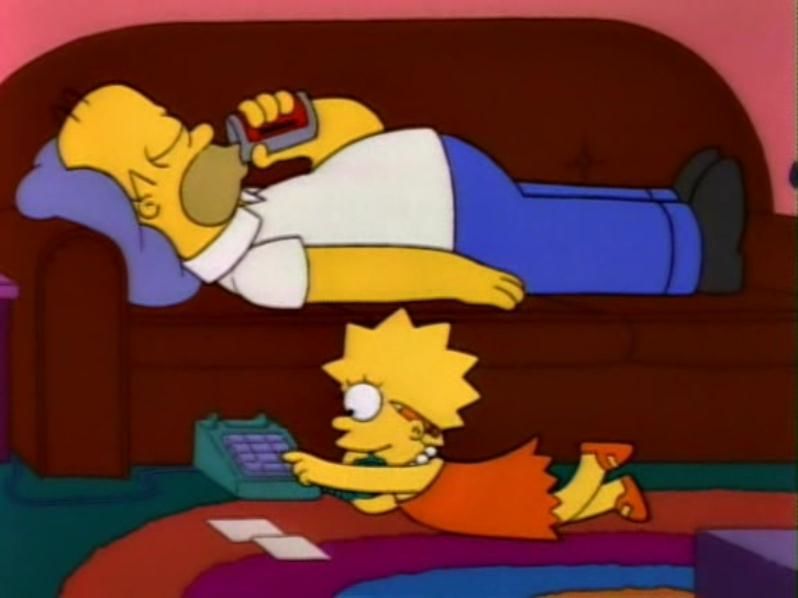 Lisa the Greek 03x14
From 1992: Lisa's ability to pick winning football teams kicks off a strong bond with Homer---which might end with the upcoming Super Bowl. 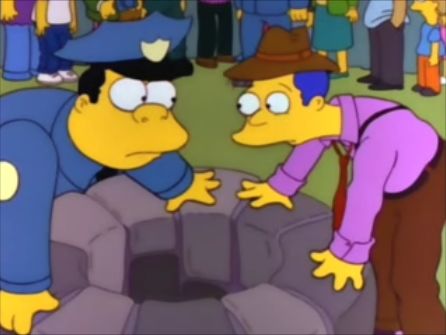 Radio Bart 03x13
Bart fools the town into thinking there's a little boy trapped in a well. Sting performs "We're Sending Our Love down the Well." 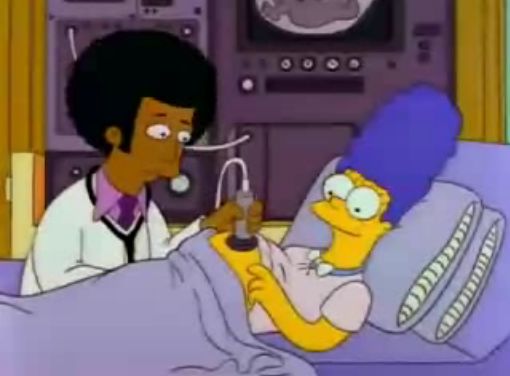 I Married Marge 03x12
A trip down memory lane to the early days of Simpson wedded bliss, when Marge was with child and Homer was without a job. 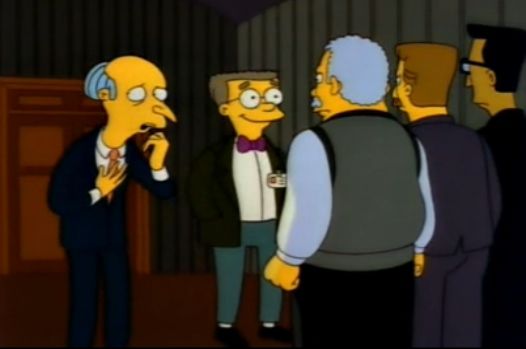 Burns Verkaufen der Kraftwerk 03x11
Burns sells the power plant to a German corporation that doesn't care for Homer's approach to his work. 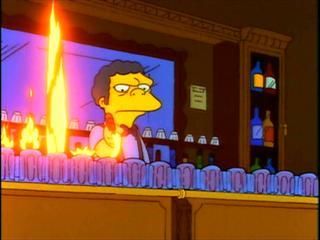 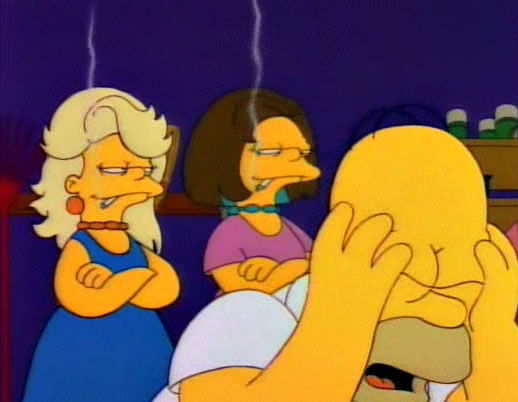 Saturdays of Thunder 03x09
When Homer helps Bart build a soapbox racer, it does little for the car but a lot for their relationship. Meanwhile, Patty and Selma get a hair makeover. Blackboard: 'I will not fake rabies'. 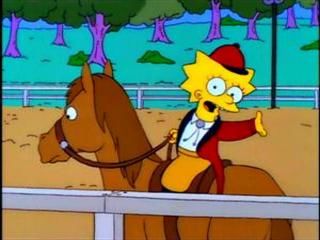 Lisa's Pony 03x08
From 1991: After disappointing Lisa, Homer buys her a pony, solving one problem, but creating others, requiring a second job---at Apu's Quik-e-Mart. Blackboard: 'Bart "Bucks" are not legal tender'. 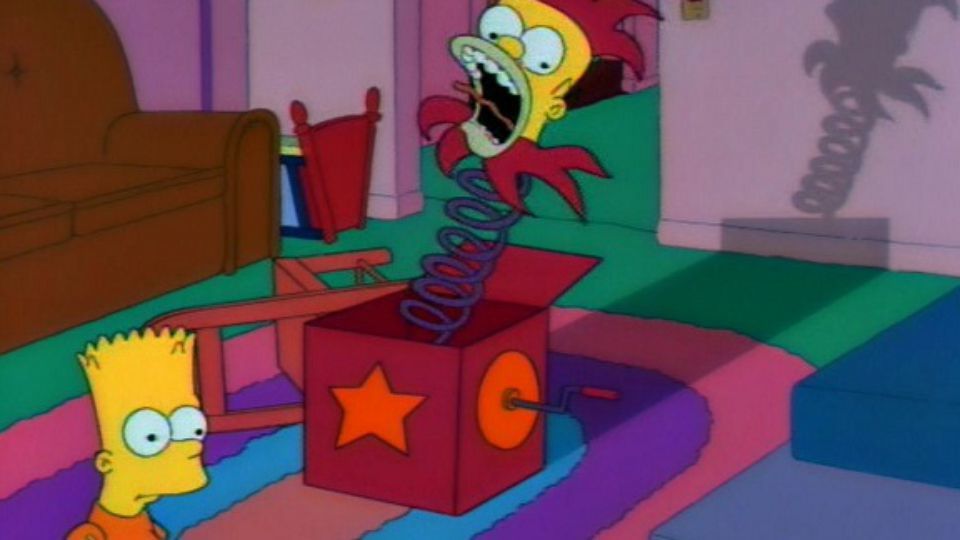 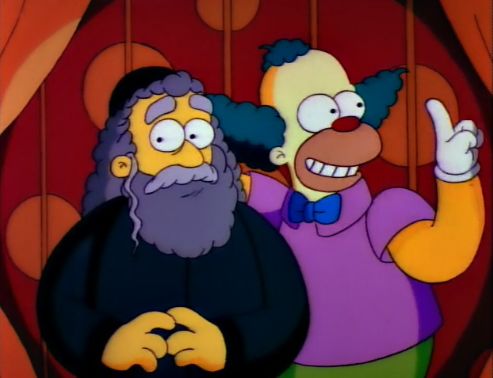 Like Father Like Clown 03x06
Bart and Lisa use theological arguments to try to reunite Krusty the Clown and his rabbi father (Jackie Mason), who disowned Krusty when he turned from rabbi to clown. 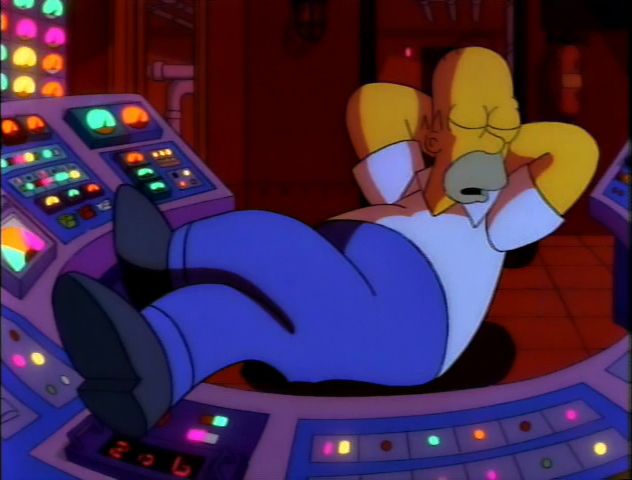 Homer Defined 03x05
Homer's averting of a nuclear meltdown earns him employee-of-the-month honors---and a call from Magic Johnson; Milhouse's parents prohibit him from playing with Bart. 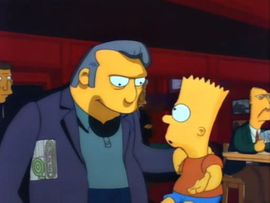 Bart the Murderer 03x04
While working for Fat Tony (Joe Mantegna), Bart gains enough influence with his boss to solve his problems with Principal Skinner---perhaps permanently. 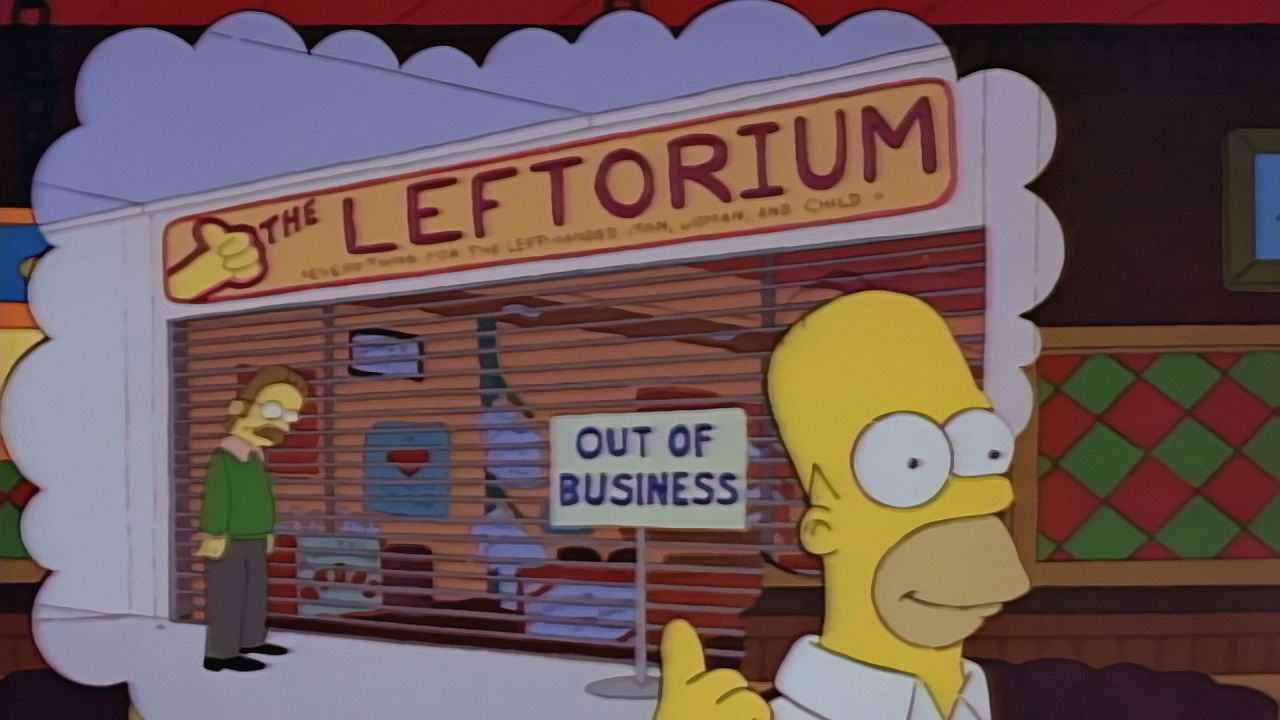 When Flanders Failed 03x03
Flanders suffers a failure after Homer wishes him ill. 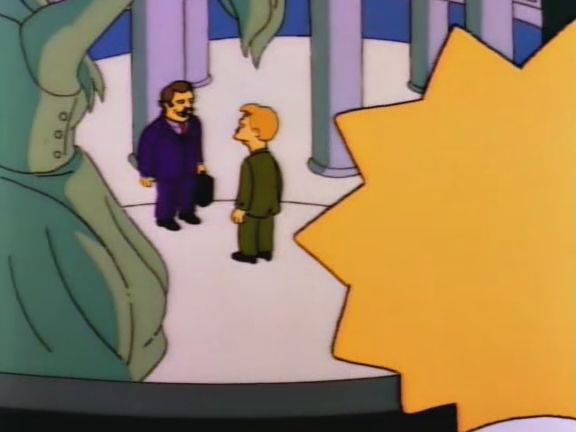 Mr. Lisa Goes to Washington 03x02
Lisa's essay wins the Simpsons a trip to Washington, D.C., where her faith in democracy is shaken by her unethical Congressman. Blackboard: ' Spitwads Are Not Free Speech'. 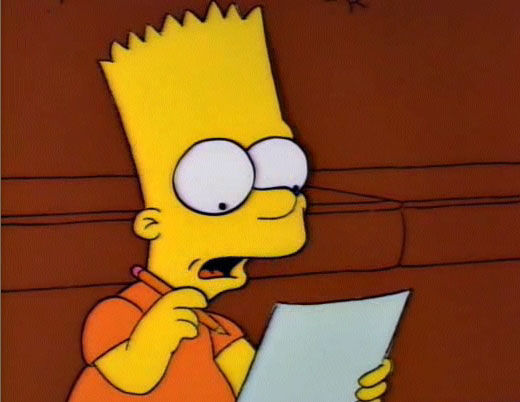 Stark Raving Dad 03x01
A deviation from his norm lands Homer in a mental institution, where he shares a room with a man who thinks he's Michael Jackson.