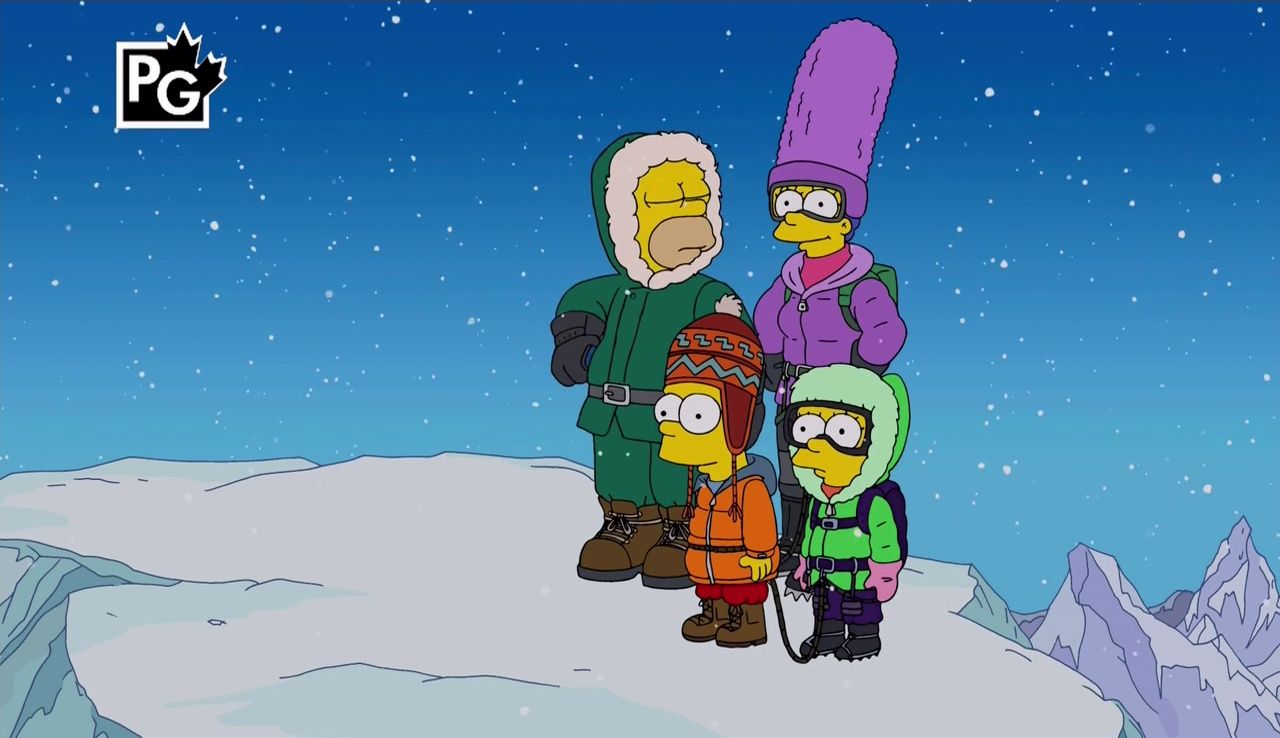 Dogtown 28x22
When Homer's court case determines that a dog's life is more valuable than a human's is, the status of man's best friend rises in Springfield. When the dogs recognize their new position of power, they assert their dominance over the humans. 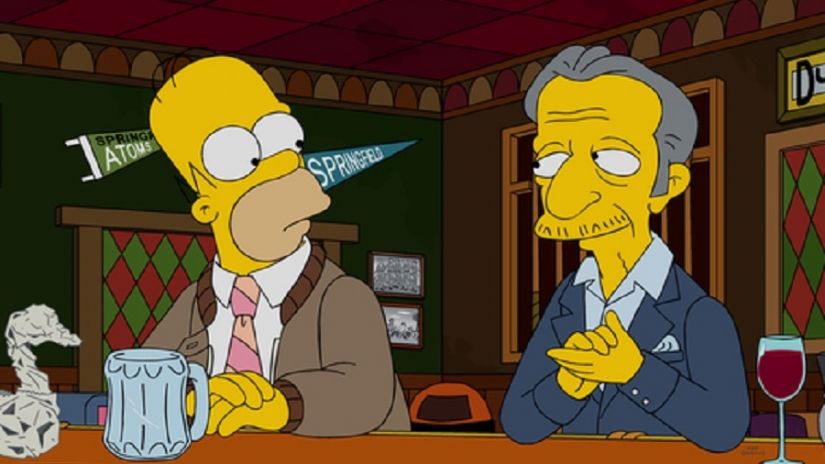 Moho House 28x21
Homer and Marge attempt to work on their marriage, not knowing that Mr. Burns and Nigel have a bet on whether Nigel can break them apart. With the successful, albeit unconventional, help of Moe, the couple gets back their mojo. 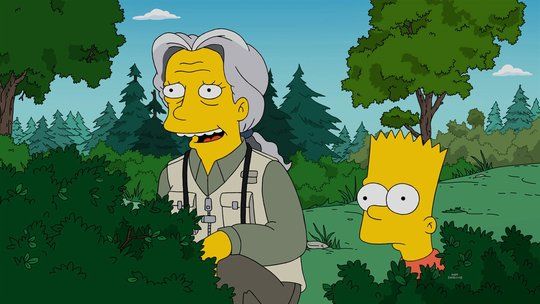 Looking for Mr. Goodbart 28x20
Bart gets in trouble on Grandparents Day at school and is forced to hang out with Skinner's mother as punishment. After spending time with various grandmas in the neighborhood, he learns the benefits of hanging out with the elderly, but eventually recognizes the dangers of taking advantage of them. Meanwhile, Peekimon Get has taken over the town of Springfield. 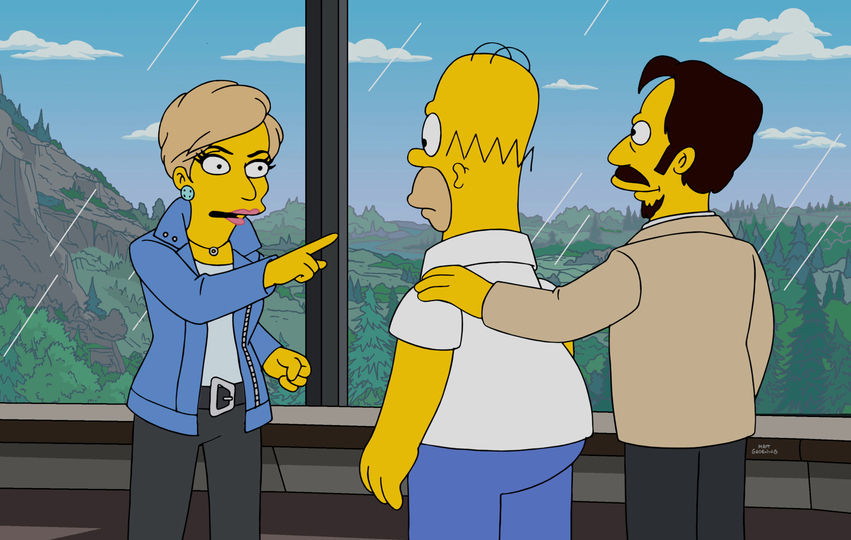 Caper Chase 28x19
Disappointed in Yale, Mr. Burns decides to start his own for-profit university and Homer is hired as a professor. 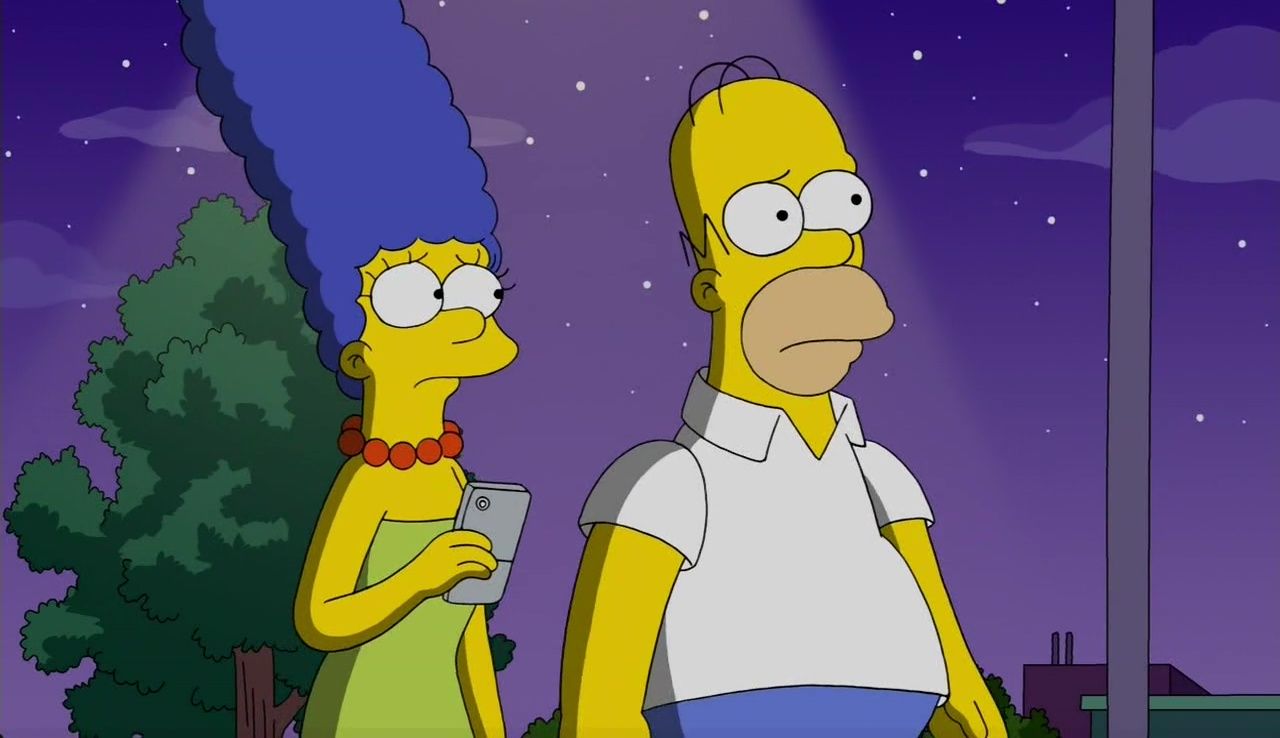 A Father's Watch 28x18
Worried that Bart is destined for failure, Marge turns to a series of parenting "experts" for advice. Homer decides to cash in on one expert's advice by opening up a trophy store in Springfield. Meanwhile, Bart finds some needed encouragement from Grampa, who gives him a precious watch coveted by Homer. 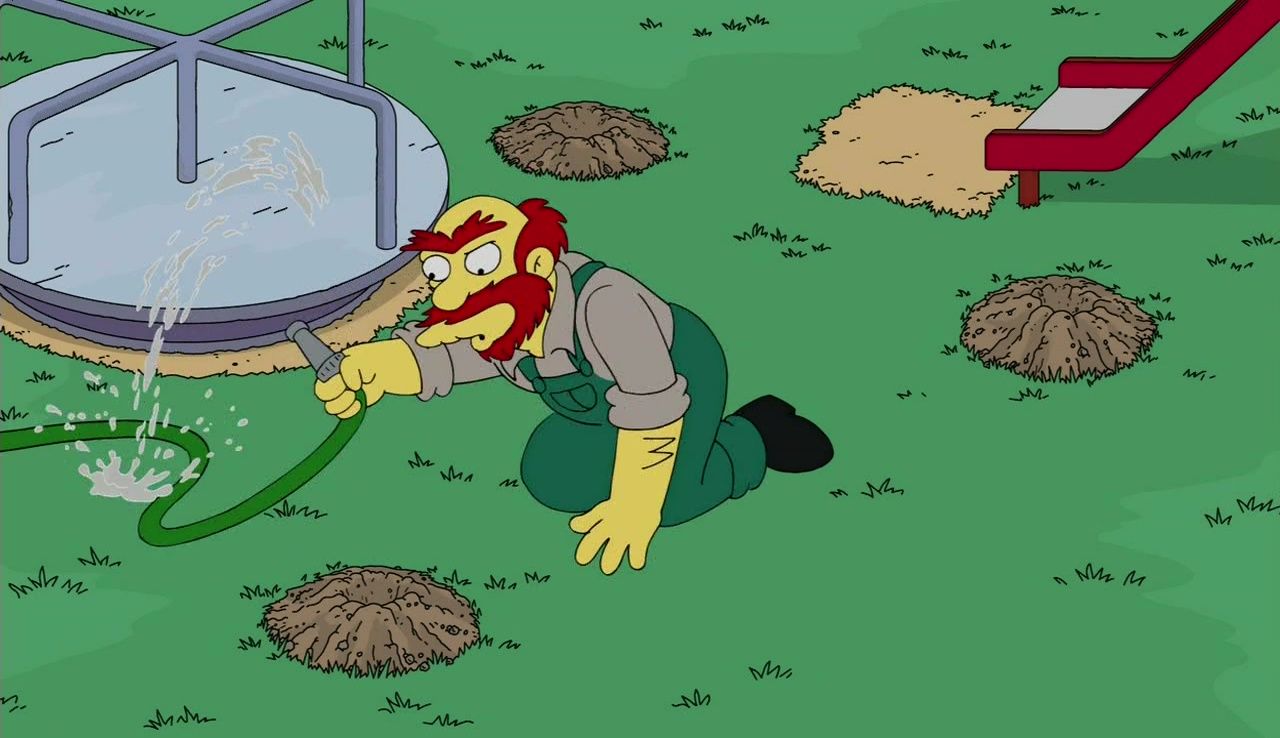 22 for 30 28x17
In this parody of a cable sports show, Bart goes from delinquent with detention to the star basketball player at Springfield Elementary. Lisa covers Bart's success for the school paper, and Homer becomes the team's coach. Things go awry when Bart gets involved with the mafia. Kamp Krustier 28x16
When Bart and Lisa return home abruptly after a traumatic incident at Kamp Krustier, they put an end to Homer and Marge's romantic encounters. Without sex to distract him, Homer becomes a more productive worker and caring husband, but Marge misses the old Homer. Then, Bart and Lisa return to camp to confront the source of their trauma. 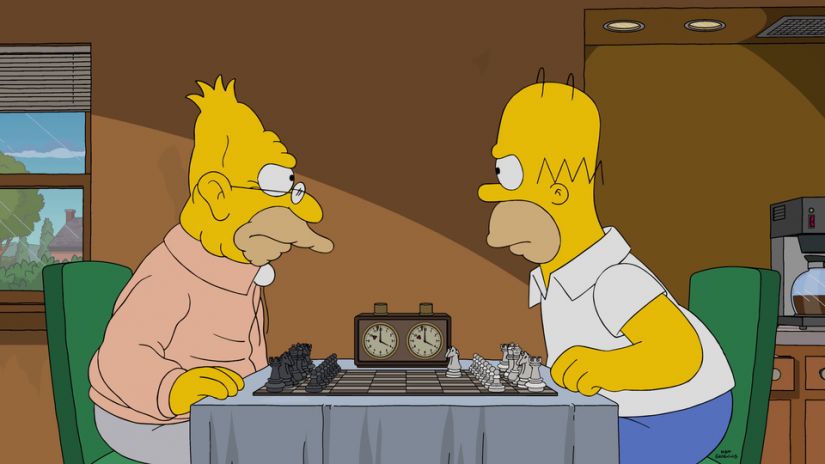 The Cad and the Hat 28x15
When Bart betrays Lisa, he has to deal with his guilt – literally. Meanwhile, Springfield is in awe when Homer is revealed to be a chess savant. 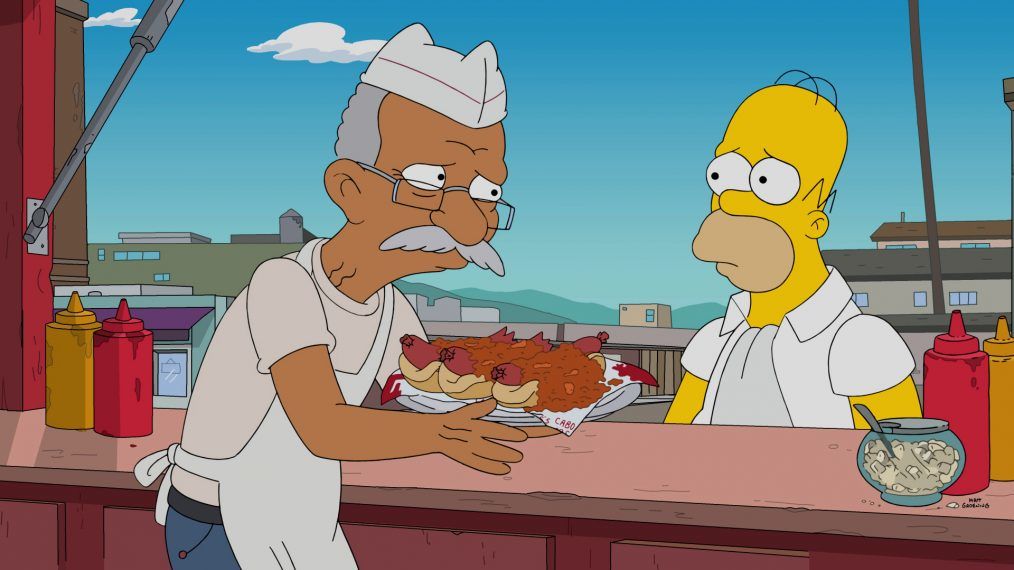 Fatzcarraldo 28x14
When all the fast food restaurants in Springfield become healthy, Homer turns to the last bastion of greasy food for comfort; Lisa must find a good news story when her school radio station is in jeopardy. 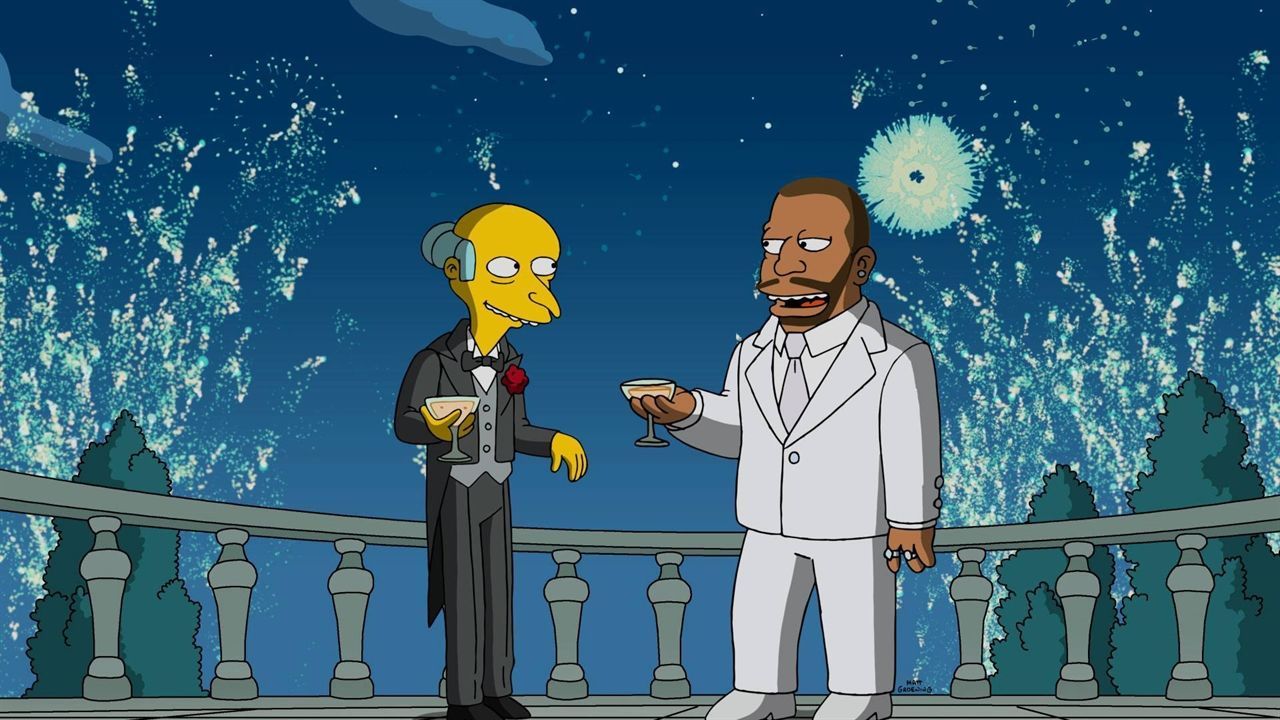 The Great Phatsby, Part Two 28x13
Mr. Burns tries to relive his glory days, and crosses paths with a mysterious music mogul. After being conned by him and reduced to bankruptcy, Mr. Burns seeks revenge on the music producer with the help of Homer, Bart, rapper Jazzy James and the mogul's ex-wife, Praline. Also, Lisa is courted by the richest kid in town, Smithers begins a perilous journey and Marge opens an obscure boutique 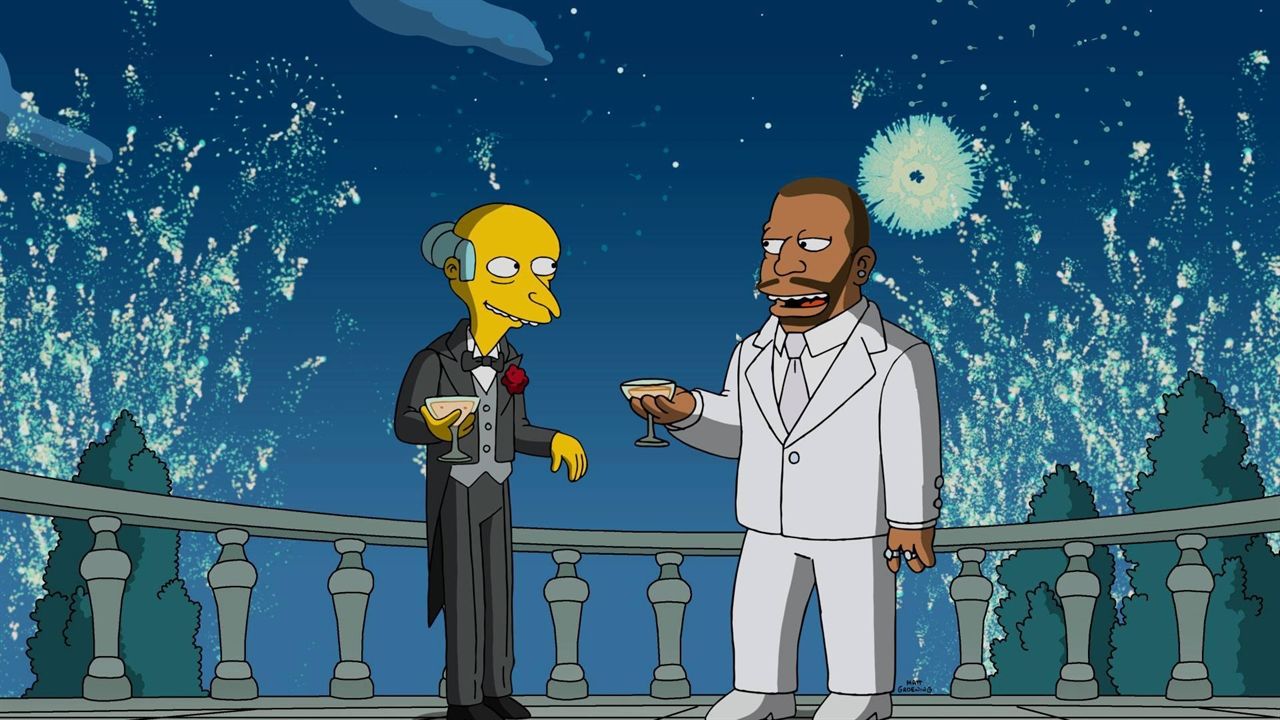 The Great Phatsby, Part One 28x12
Mr. Burns tries to relive his glory days, and crosses paths with a mysterious music mogul. After being conned by him and reduced to bankruptcy, Mr. Burns seeks revenge on the music producer with the help of Homer, Bart, rapper Jazzy James and the mogul's ex-wife, Praline. Also, Lisa is courted by the richest kid in town, Smithers begins a perilous journey and Marge opens an obscure boutique store. 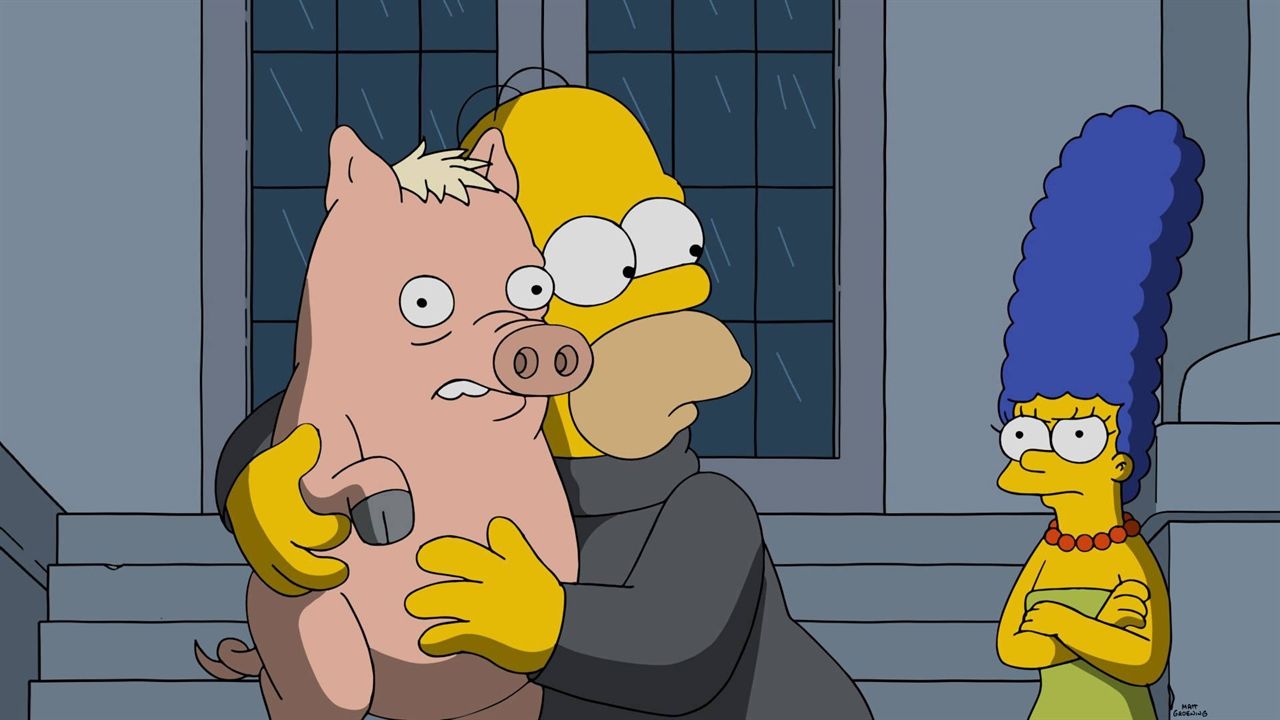 Pork & Burns 28x11
When Marge becomes obsessed with a Japanese style of living, the Simpsons must part with any item that no longer brings them joy. For Homer, this means finding a new home for the family pig. For Lisa, it means saying goodbye to her beloved sax. 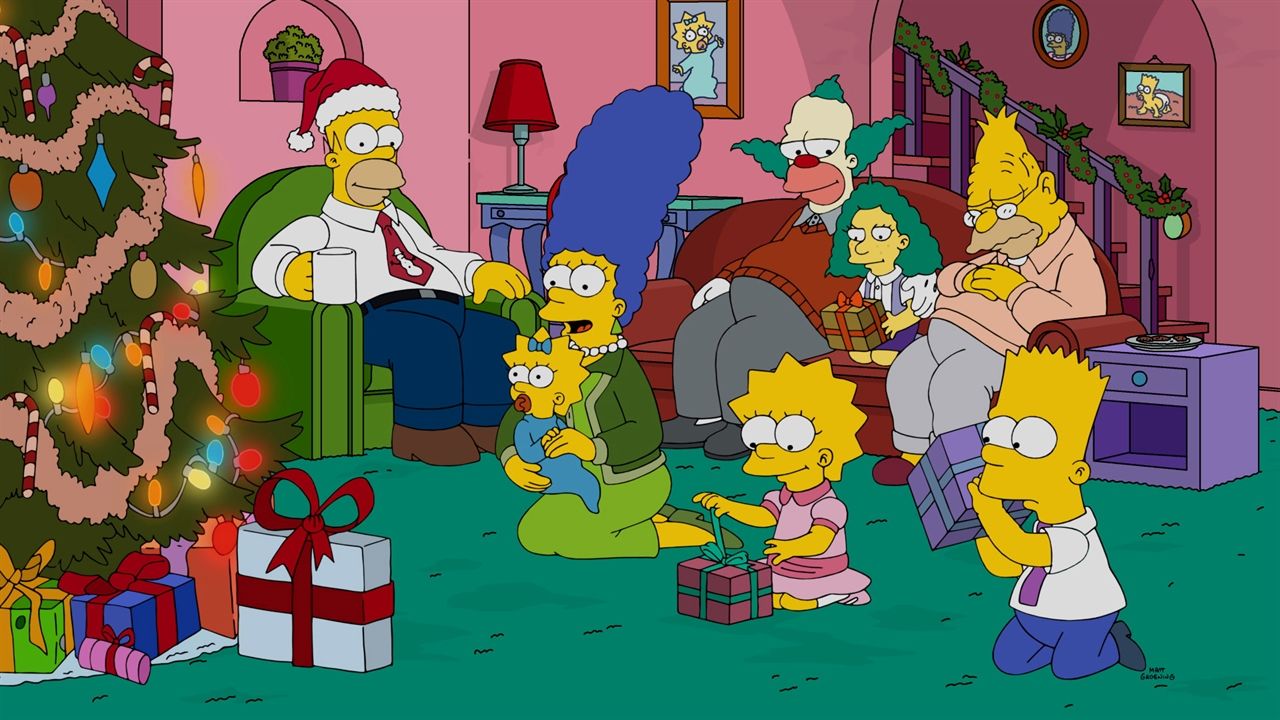 The Nightmare After Krustmas 28x10
Krusty tries to impress his daughter as they spend Christmas with the Simpsons. Meanwhile, Reverend Lovejoy seeks converts after church attendance plummets, and Maggie is haunted by a spooky Christmas toy. 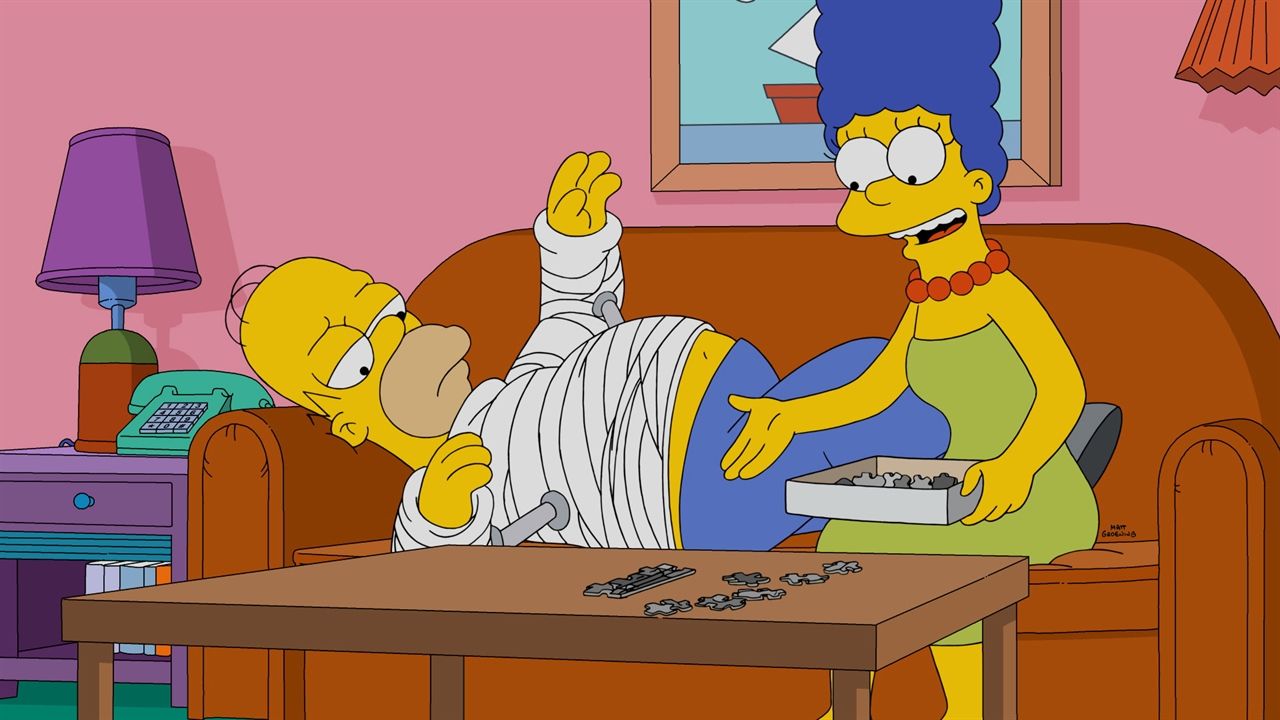 The Last Traction Hero 28x09
A workplace accident leaves Homer in a cast, and in a position to sue Mr. Burns. This leaves Marge unfulfilled, so she turns to an unexpected source for romance. Meanwhile, Lisa is made "Bus Monitor" and tries to keep the peace. 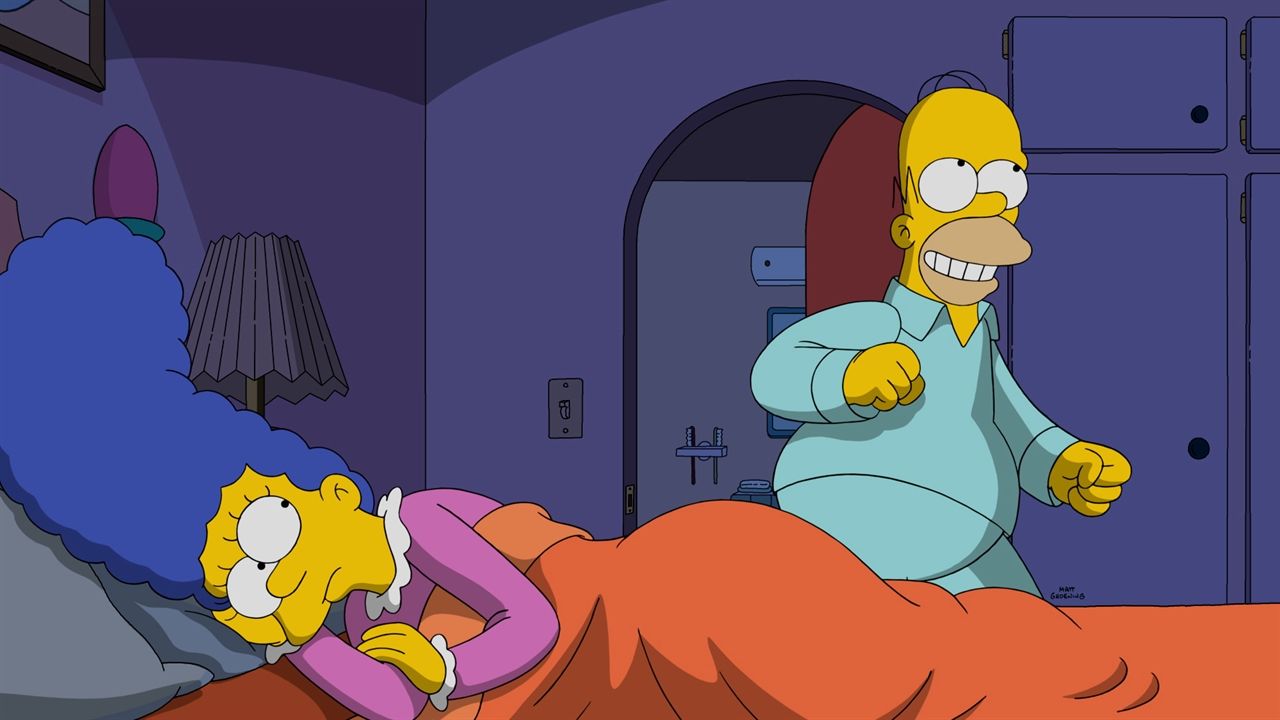 Dad Behavior 28x08
Homer finds a new app that makes his life much easier and outsources his father-son bonding. Meanwhile, Grampa finds that he is about to be a father again. 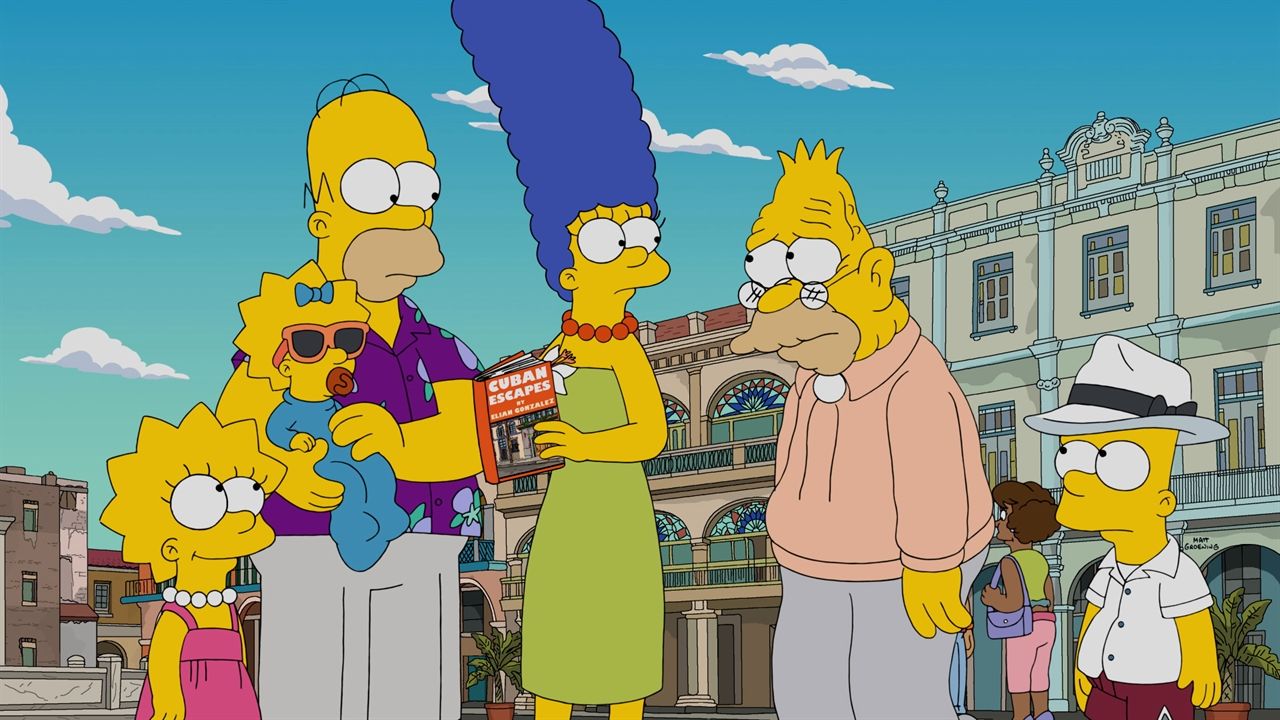 Havana Wild Weekend 28x07
When the Retirement Castle and the V.A. Hospital can't solve Grampa's health issues, the Simpsons decide to take a family trip to Cuba to get him cheap medical care. 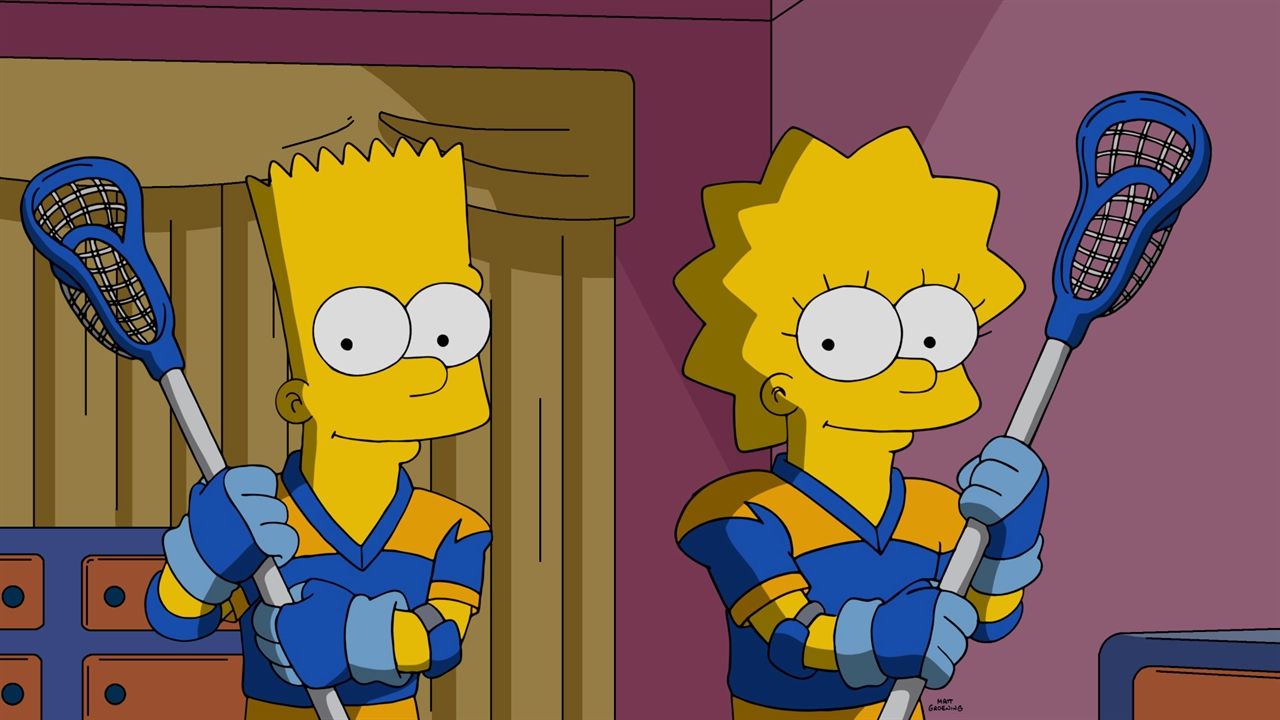 There Will Be Buds 28x06
Homer gets roped into coaching the kids' lacrosse team with Milhouse's dad, Kirk, who is in desperate need of a friend. When Kirk gets too clingy, Homer vents about how much of a loser he is. Kirk overhears his rant and disappears, right when the team needs him most: the championship game. 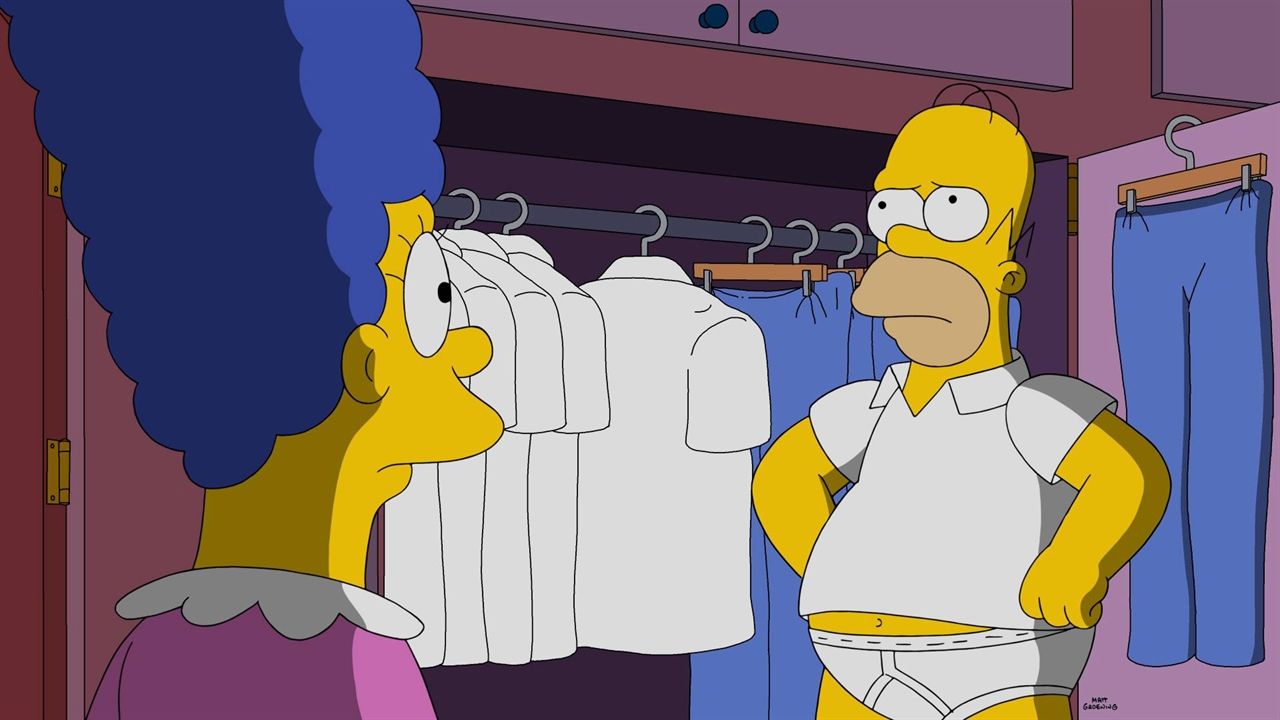 Trust But Clarify 28x05
Lisa and Bart investigate Krusty's suspicious new "Krustaceans" candy. Meanwhile, Homer wants a promotion at the nuclear plant and asks Marge to help him dress the part, and news anchor Kent Brockman struggles to find his feet in the changing media world. 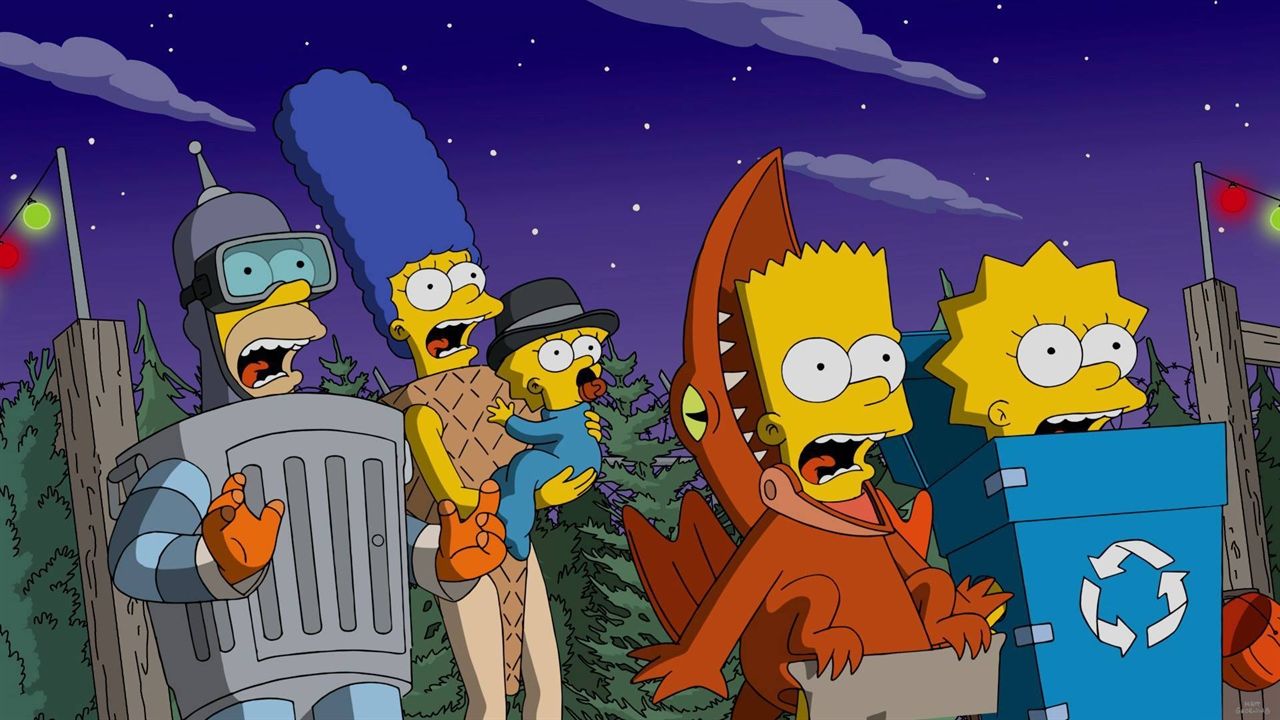 Treehouse of Horror XXVII 28x04
In the midst of a major drought, Mr. Burns introduces a Hunger Games-style contest in which Springfield's children fight each other for a day in Burns' personal reservoir. Meanwhile, Lisa's imaginary best friend, Rachel, is jealous of Lisa's real best friends and starts killing them. Moe tells Bart that the barflies are actually covert agents and that he wants Bart join their team in Homer's place. 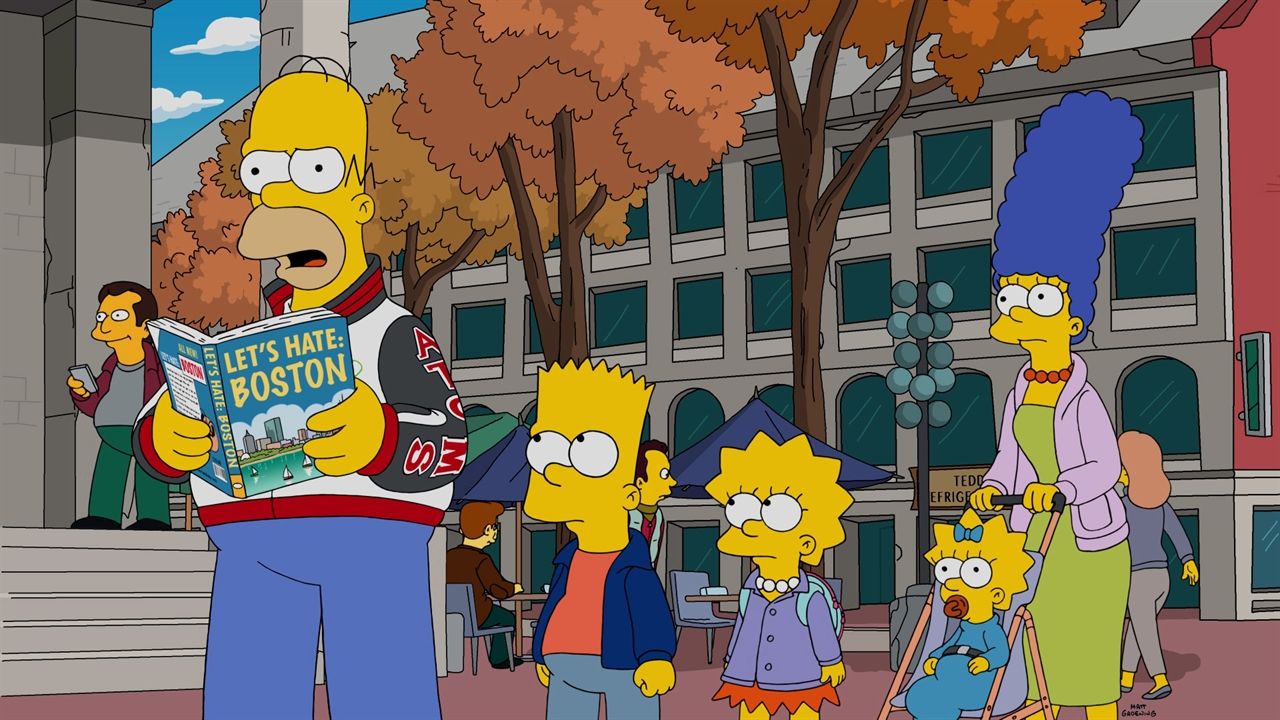 The Town 28x03
After Homer catches Bart rooting for Springfield's football rival, the Boston Americans, he plans a family "hate-cation" trip to Boston in an attempt to show Bart that Boston is a terrible city. Friends and Family 28x02
Mr. Burns hires the Simpsons to play his live-in virtual reality family, but excludes Homer so that he may play dad. Now alone, Homer finds a new best friend in girl-next-door Julia, who eats, drinks and thinks like him. 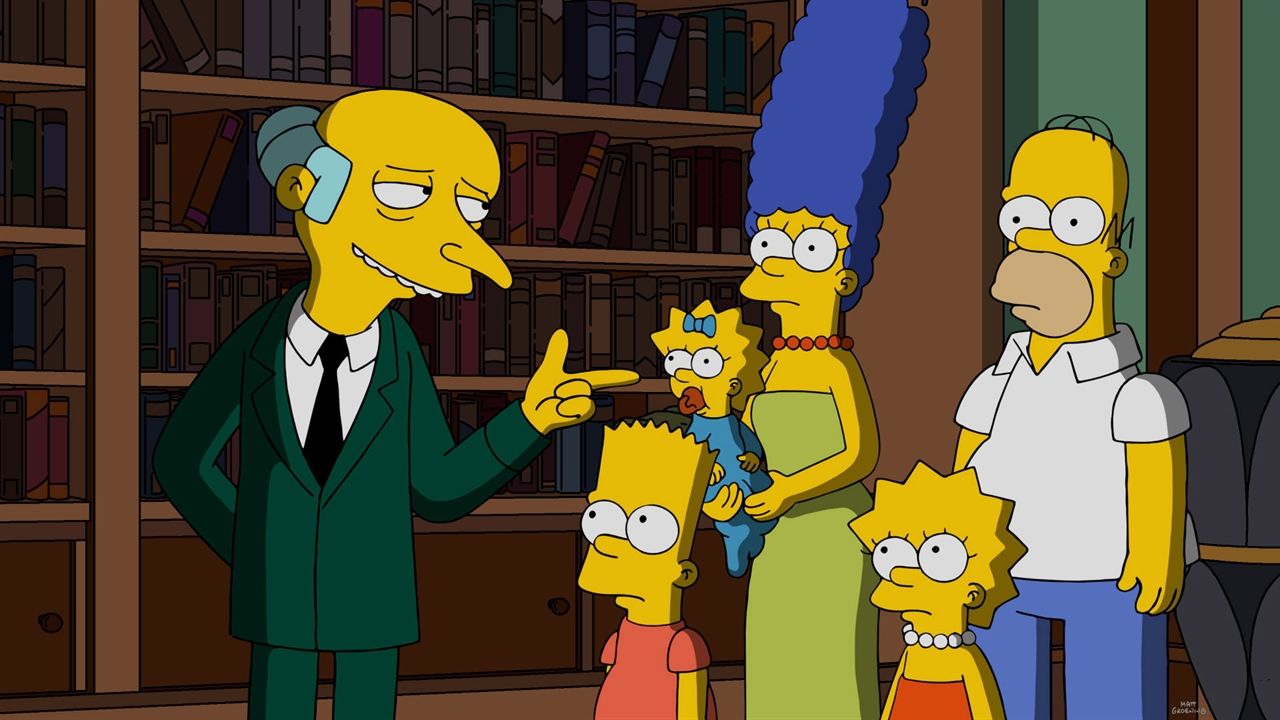 Monty Burns' Fleeing Circus 28x01
When Springfield is burned to the ground, the Simpsons beg Mr. Burns to fund its rebuilding. Burns agrees – with one condition: he gets to put on a variety show at the Springfield Bowl.