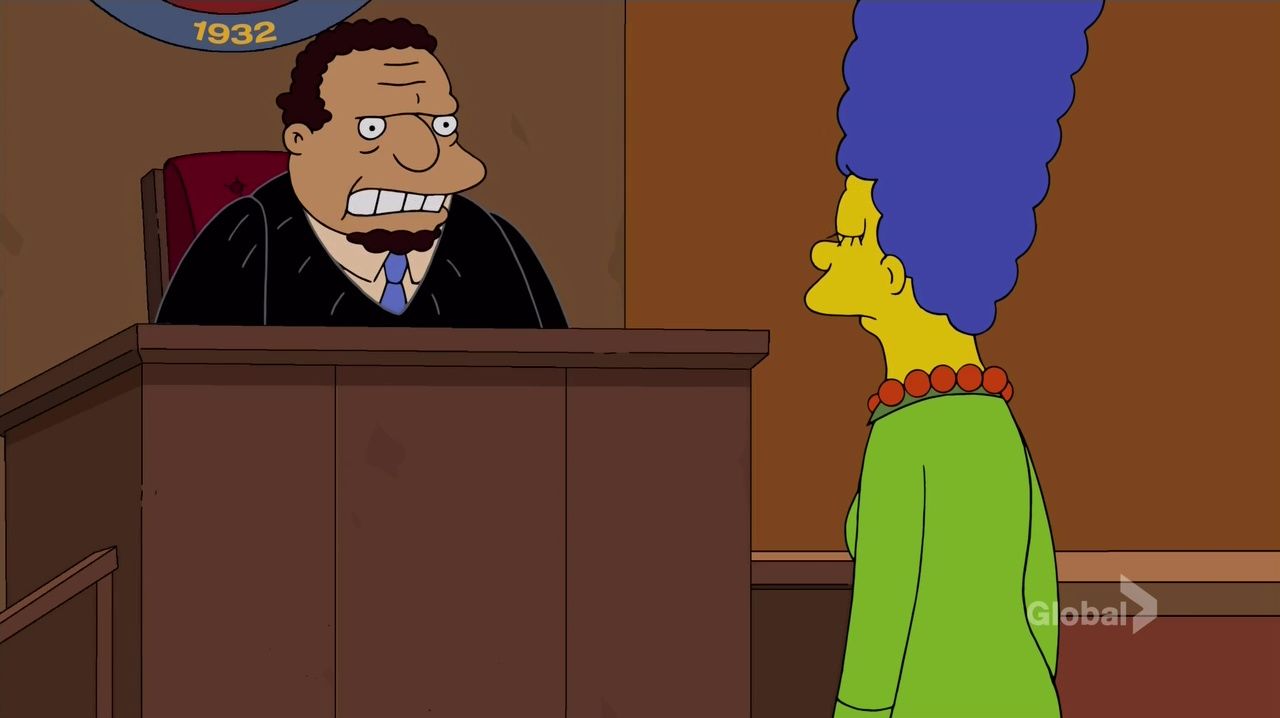 Orange is the New Yellow 27x22
When Marge gets arrested for letting Bart go to the park unsupervised, she serves time only to realize that prison is a welcome break from the demands of her life as a mom and wife. In her absence, Homer struggles to manage all of the parenting responsibilities that Marge usually handles. 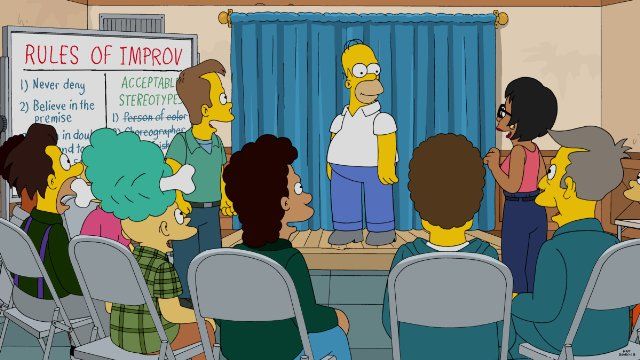 Simprovised 27x21
After butchering a speech in front of all of his friends at work, Homer turns to improv comedy to gain back his confidence in his public speaking skills. Meanwhile, Marge decides to rebuild Bart's lackluster treehouse, but tensions rise when Bart questions her building skills. Also, in the episode's last three minutes, Homer appears live for the first time on television (both for East and West Coast broadcasts) to answer fan questions. 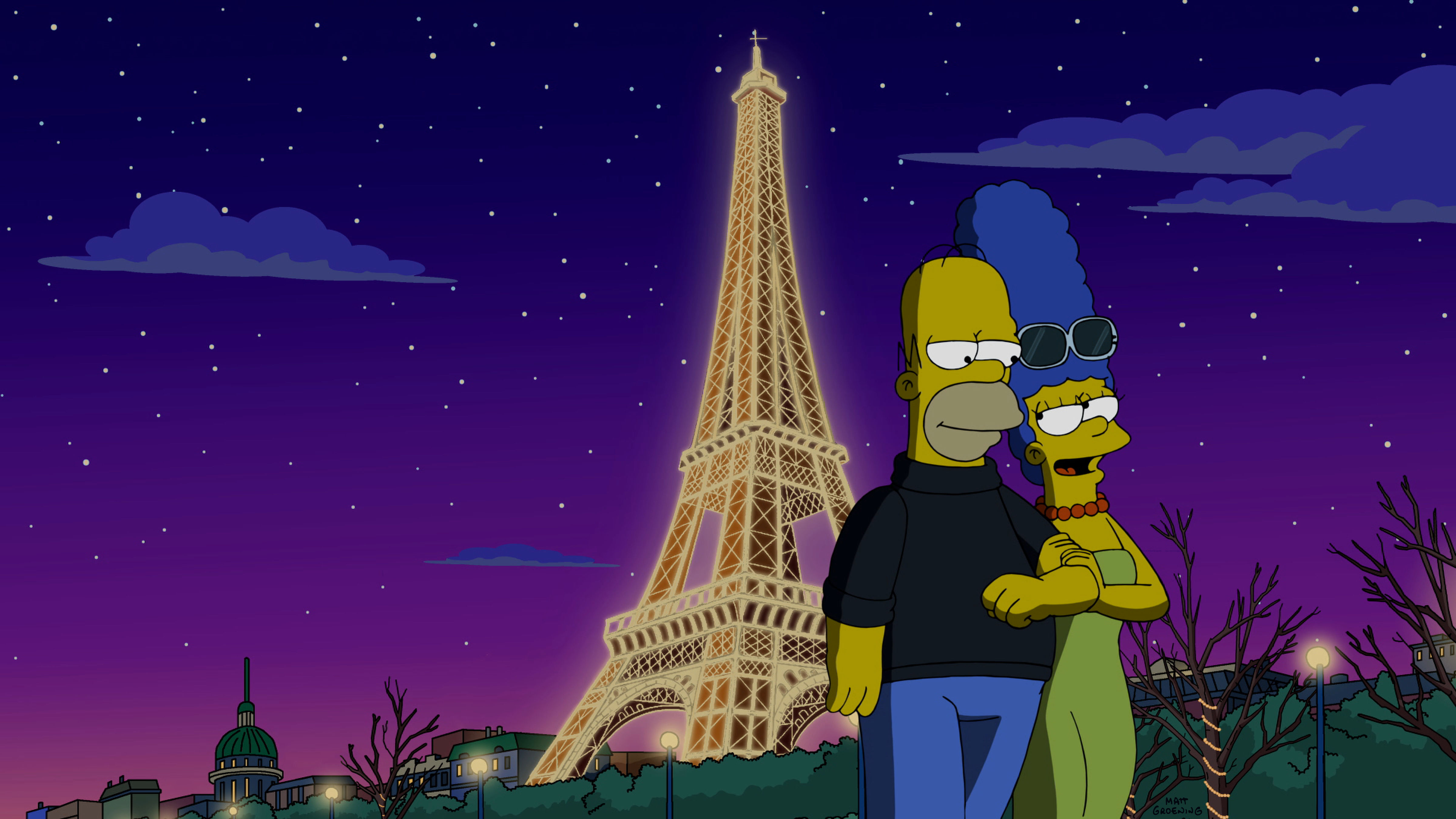 To Courier with Love 27x20
After promising Marge the trip of a lifetime, frugality gets the better of Homer when he makes a deal with a travel agent to be a courier of a top-secret briefcase in exchange for a discounted family vacation to Paris. Blackboard: 'Dirty clothes are not a Mother's Day gift'. 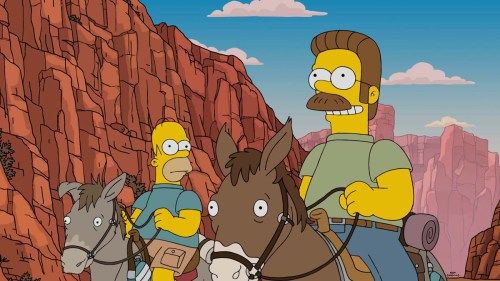 Fland Canyon 27x19
Homer recalls a tense family vacation to the Grand Canyon with the Flanders family. At first, the Flanders' perfection puts the families at odds, but when they get stranded and Ned and Bart go for help, the families finally bond. 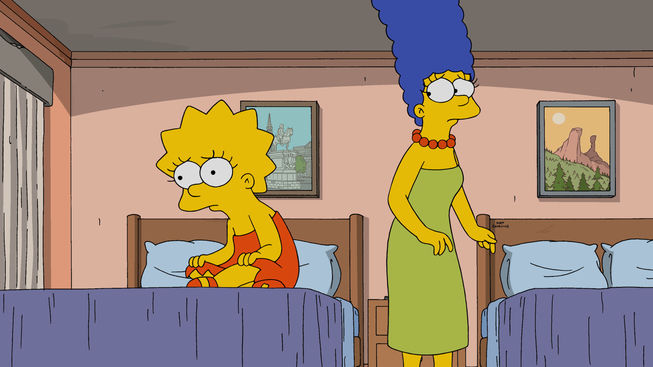 How Lisa Got Her Marge Back 27x18
After getting into an argument, Marge takes Lisa on a touristy trip to Capital City, where, after attending a musical, they meet the show's star, Andrew Rannells (guest-voicing as himself), who reminds Lisa how lucky she is to have such a great mom. Meanwhile, Bart is frustrated that everyone expects his pranks, so he teams up with Maggie to trick people. 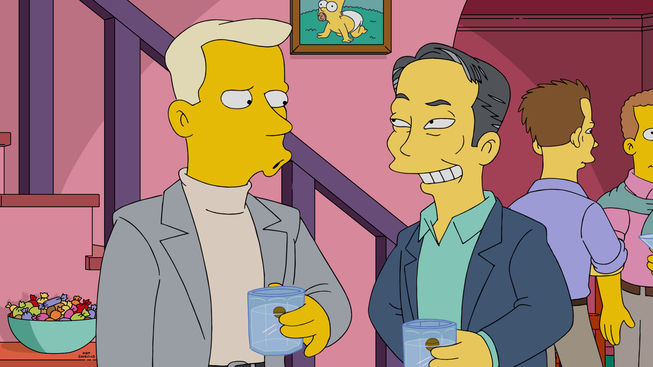 The Burns Cage 27x17
When Smithers is devastated by Burns' lack of affection towards him, Homer makes it his mission to find him a boyfriend. Meanwhile, after Bart orchestrates the removal of the lead in the school's stage production of "Casablanca," Milhouse serves as a terrible understudy, which frustrates his co-star, Lisa. 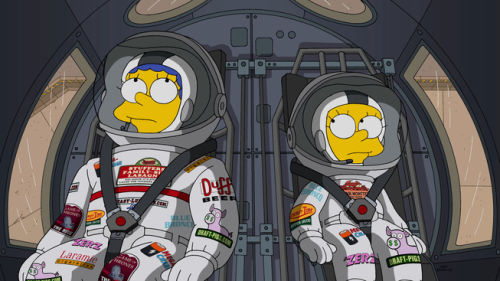 The Marge-ian Chronicles 27x16
Not feeling unique, Lisa signs up for the Mars One Space Colony – to Marge's dismay. Then, Marge hires Bart to go through the tryout process with Lisa to make her want to quit. 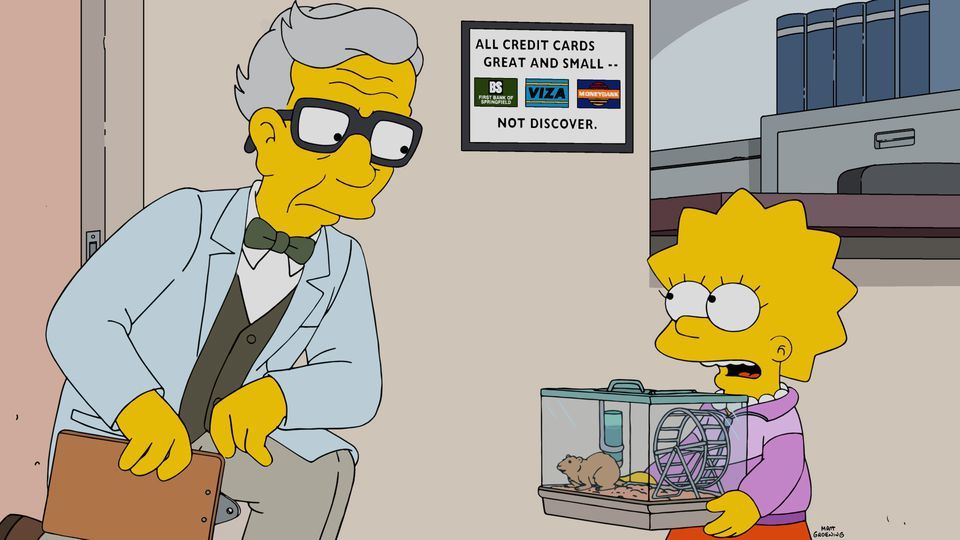 Lisa the Veterinarian 27x15
After performing CPR on a tased raccoon, Lisa discovers her calling to be veterinarian and becomes an intern at the local office, but learns a tough lesson when her neglected class hamster dies. Meanwhile, Marge moonlights as a crime scene cleaner for a little extra money, and the trauma of the gory scenes make her increasingly dead inside. 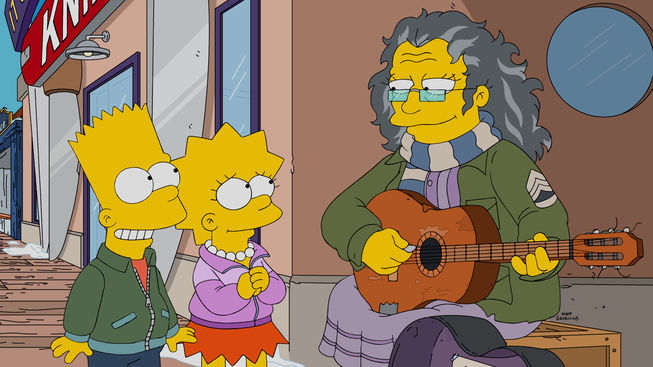 Gal of Constant Sorrow 27x14
After Bart accidentally sends a sweet homeless woman's cart into the river, he allows her to live in his closet for a small fee. When Lisa discovers that the woman is an incredible folk singer, she offers her own closet and plans a concert, only to be disappointed by Hettie's surprising substance abuse and violent nature. Meanwhile Homer tries to prove he's handy, but accidentally traps the cat in the walls of the house.

Love is in the N2-O2-Ar-CO2-Ne-He-CH4 27x13
Lonely Professor Fink uses science to turn himself into a man whom women find attractive. Then, overwhelmed by the attention, he invents an algorithm to perfectly pair the lonely men and women of Springfield, realizing that scientific exploration is his true love. Meanwhile, Marge, Bart, and Lisa visit Grampa for Valentine's Day and try to rescue the old folks from a drug-induced hallucination that allows them to relive their happiest memories. 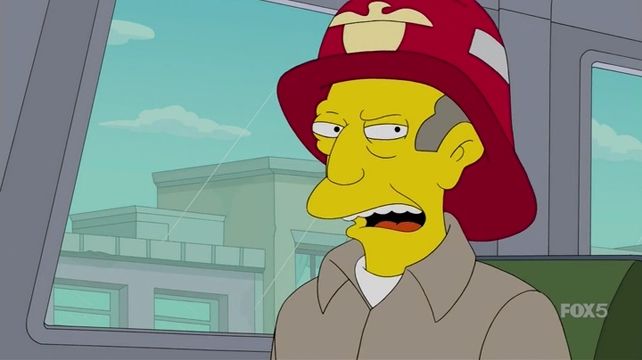 Much Apu About Something 27x12
Sanjay passes his stake in the Kwik-E-Mart to his millennial son, Jay, who turns it into a hip, health food market against Apu's insistence on tradition. Bart, whom Homer had convinced to give up pranking, is called upon to return to his trickster life and take down the new store. 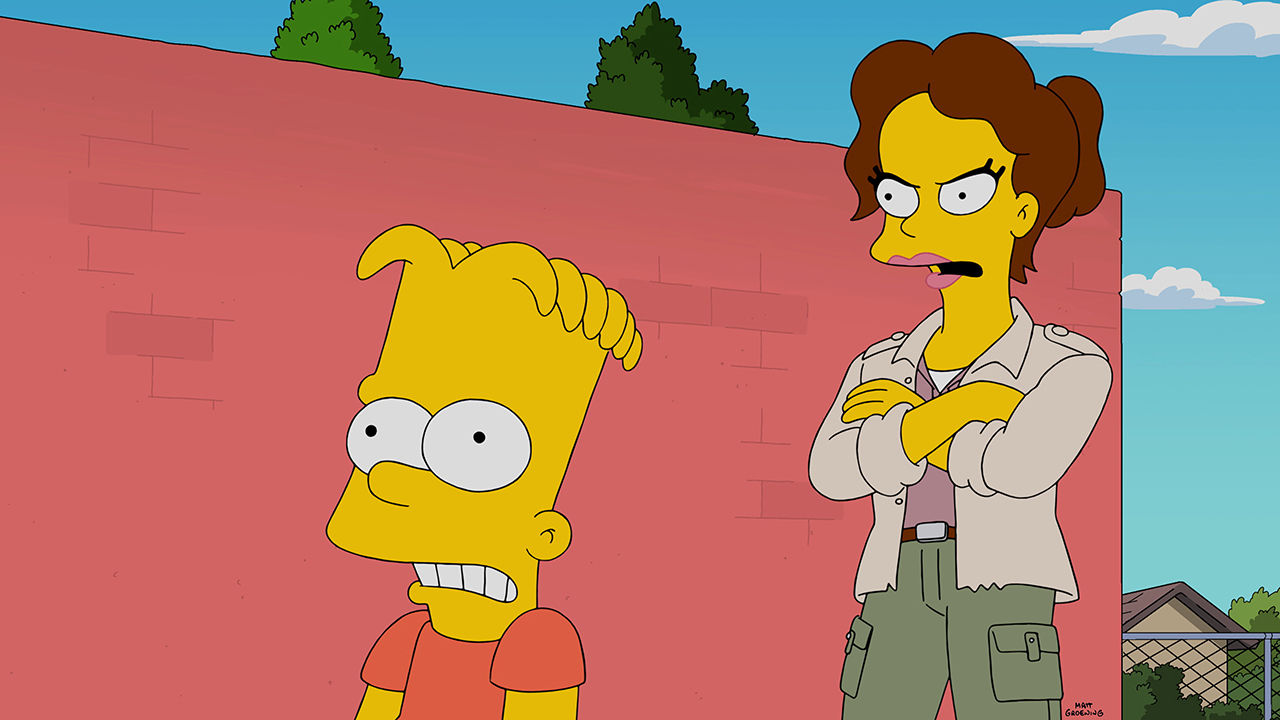 Teenage Mutant Milk-caused Hurdles 27x11
A new teacher at Springfield Elementary, and a captivated Bart tries everything to win her over. Meanwhile, Homer decides to buy a new brand of "milk," which causes early puberty, both for Bart (augmenting his wooing powers) and Lisa (whose small bout with acne opens her up to the world of makeup and popularity). 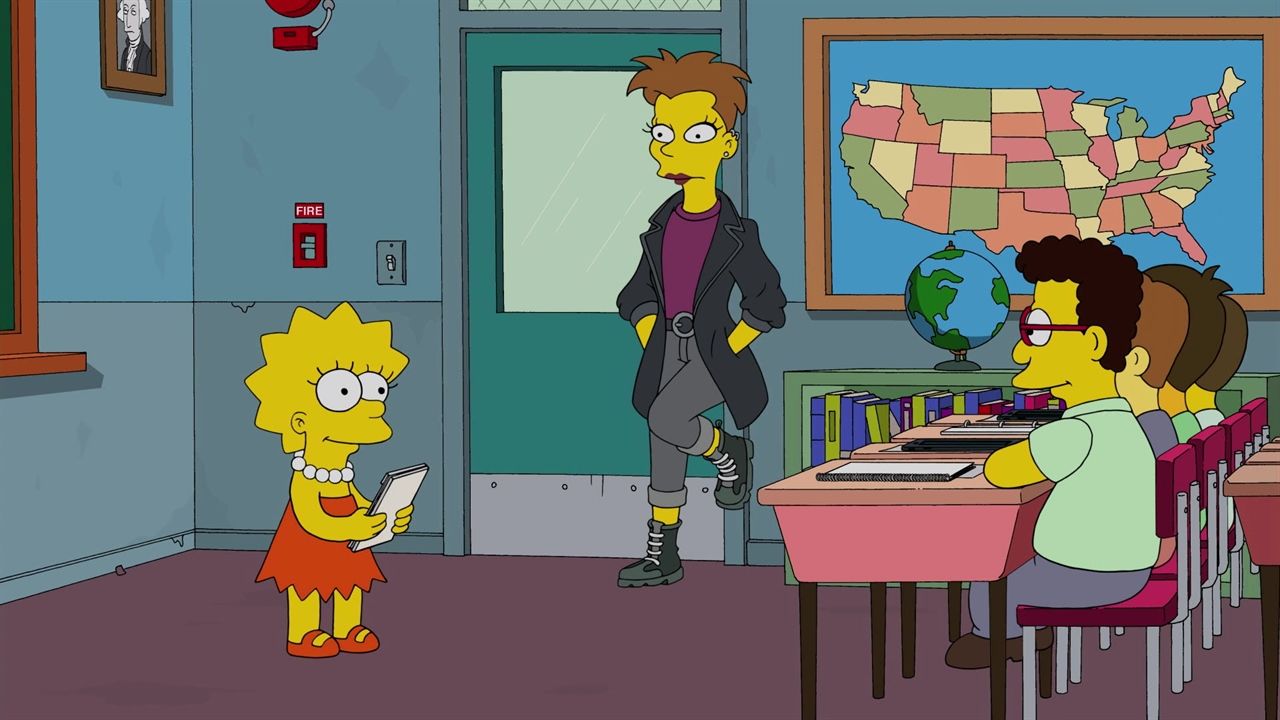 The Girl Code 27x10
After a photo Marge posts on social media gets Homer fired, he returns to the best job he ever had, a dishwasher at a Greek restaurant. This same post inspires Lisa to code an app that predicts the real-life consequences of anything you post online, only to create sentient artificial intelligence. 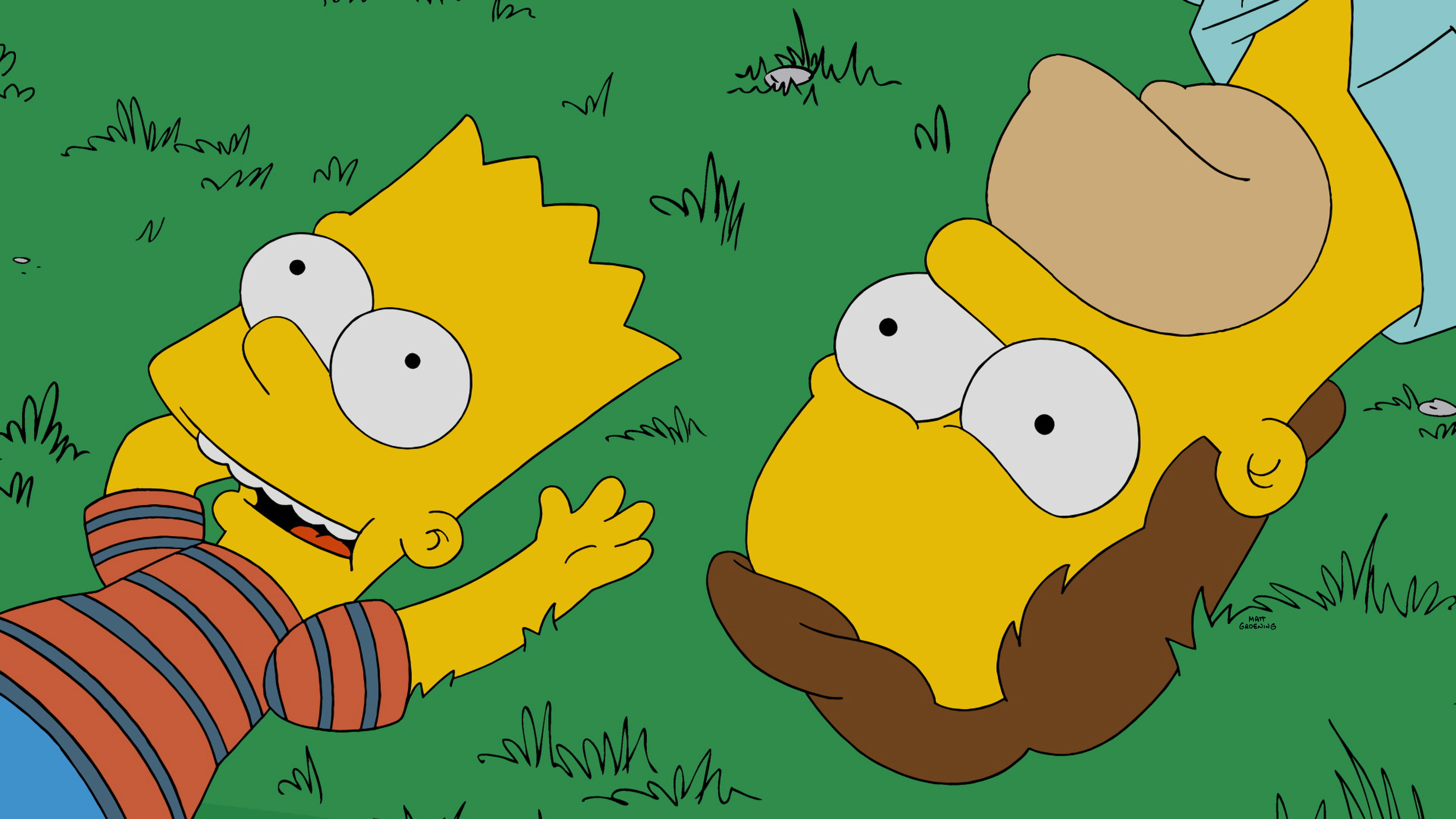 Barthood 27x09
Bart's coming of age story, a la "Boyhood," chronicles his life from six years old to his time as an accomplished young man. Along the way, his tense relationship with Homer, an overly uncaring version of himself, and Lisa, who overshadows him in every way possible, shape Bart more than he realizes. 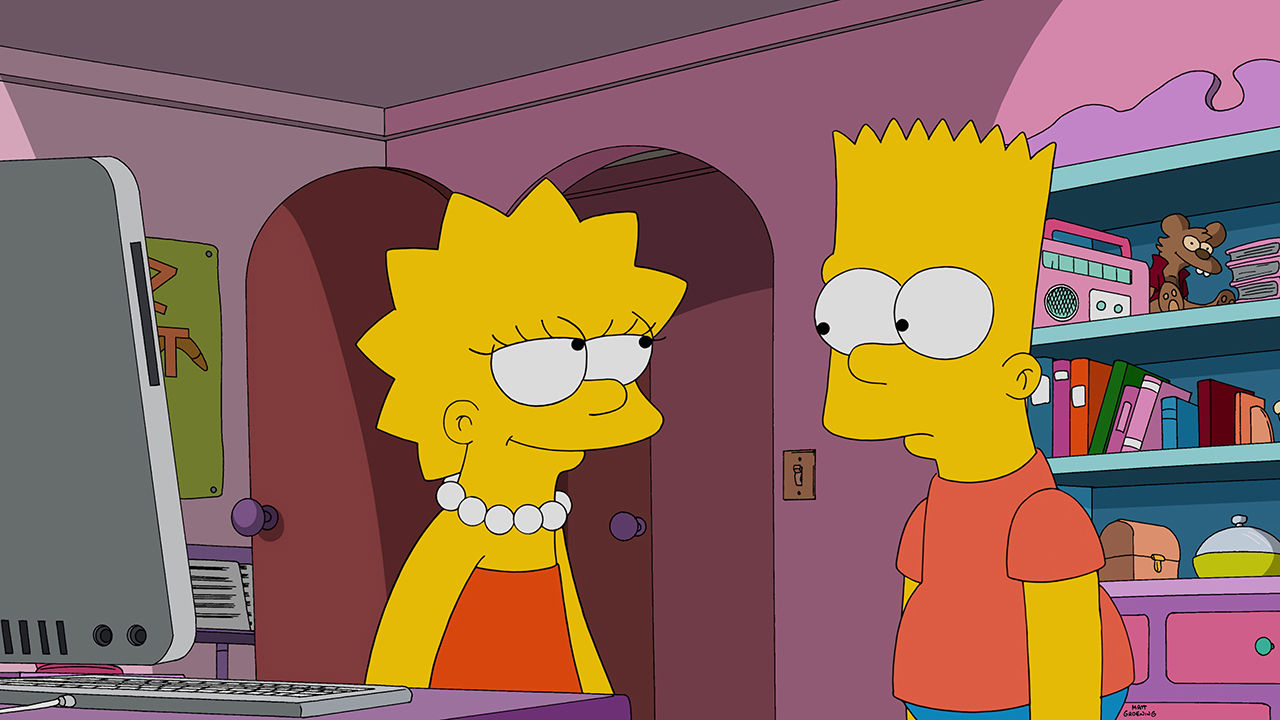 Paths of Glory 27x08
Lisa sets out to restore the tarnished reputation of Springfield's first female inventor. To find her invention, she scours an abandoned asylum and a restaurant that caters to men. Bart joins Lisa at the asylum, stealing one of the homicidal patient's notebooks, and bragging to the boys at school that he wrote the entries himself. This revelation causes Homer and Marge to believe he is a sociopath, which Bart decides to use to his advantage until things go too far. 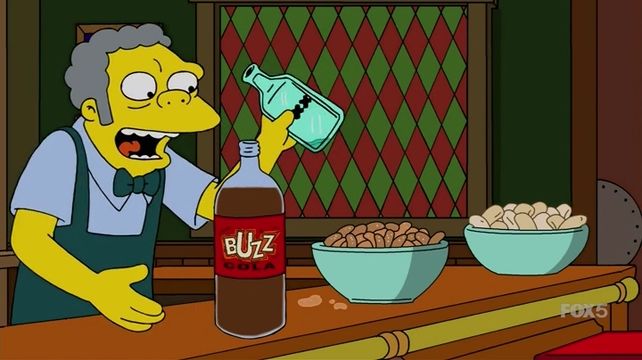 Lisa with an 'S' 27x07
When Homer loses $5,000 at a poker game with Broadway legend Laney Fontaine, the only way he is able to settle the bet is if he loans Lisa to Laney for a month. Then, Laney turns Lisa into a show biz kid and Marge and Homer fear they made a mistake letting her go. So they head to New York to get her back. 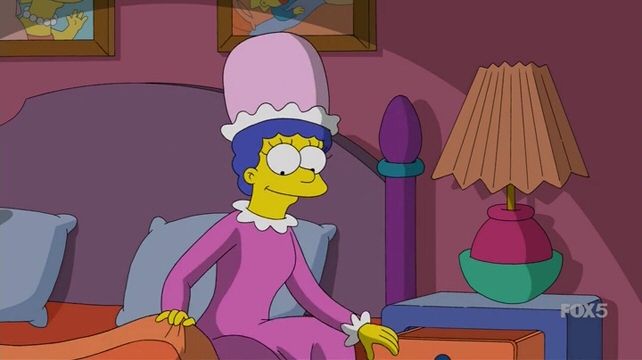 Friend with Benefit 27x06
Lisa befriends Harper, a new kid at school who happens to be super-rich. Then, Homer befriends Harper's dad and is able to enjoy the perks of Lisa having a rich friend, as well. But Lisa decides that Harper is a bully and moves to end the friendship, which prompts Homer to try and smooth things over so he can continue to enjoy the good life. 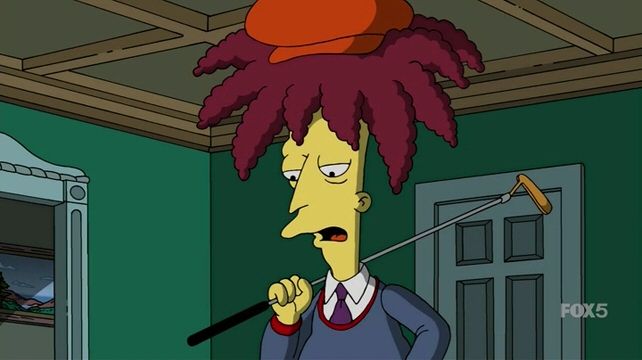 Treehouse of Horror XXVI 27x05
In the annual fright fest Halloween episode, Sideshow Bob finally kills Bart, only to reanimate him; Homerzilla terrorizes the Springfield Prefecture; and Lisa and Milhouse get super powers from radiation. 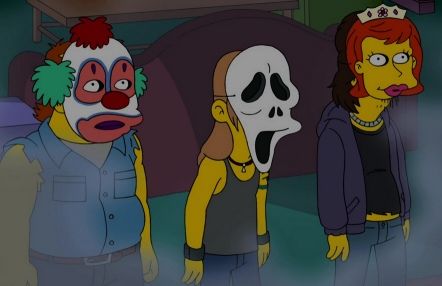 Halloween of Horror 27x04
When Lisa becomes scared at the Krustyland Halloween Horror Night, Homer is forced to take down his Everscream Terrors decorations. Halloween pop-up employees seek vengeance on Homer for causing them to lose their jobs, and rob his house while Homer and Lisa hide out in the attic. Homer and Lisa light up their stored holiday decorations to attract attention and stand up to the intruders. 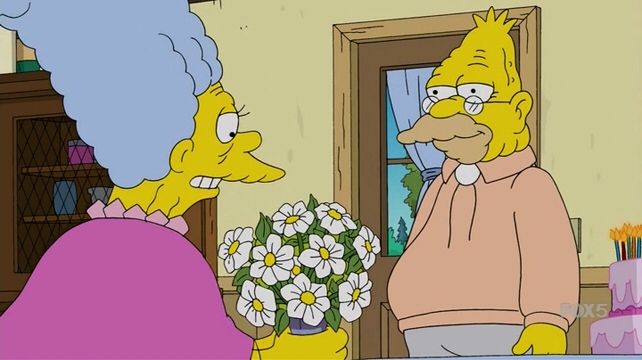 Puffless 27x03
Upon learning that their father really died of lung cancer, Selma and Patty agree to quit smoking. When Selma relapses, an angry Patty moves in with Marge and Homer. 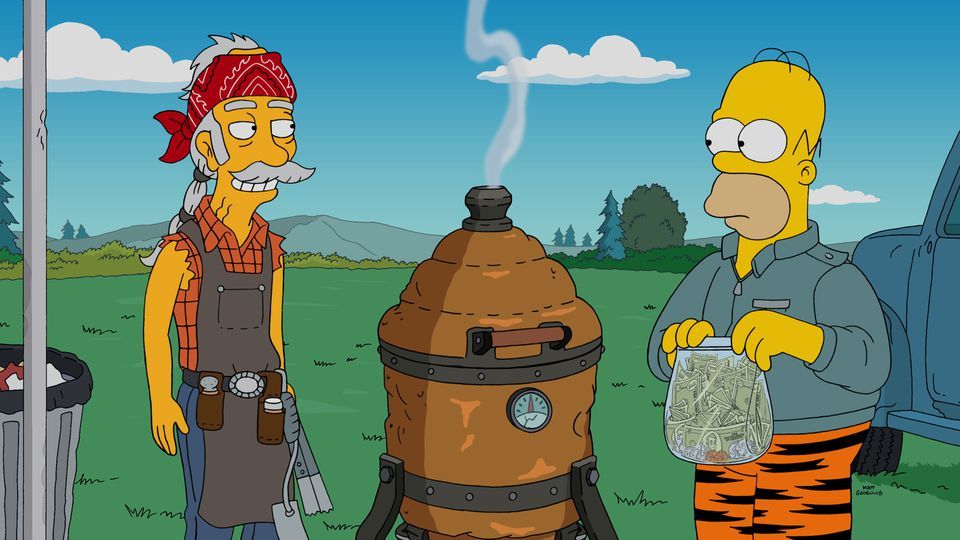 Cue Detective 27x02
Scotty Boom, a Chew Network super-chef, challenges Homer to a smoke-off. But when someone steals Homer's secret weapon - a smoker he bought off a mysterious man at a BBQ shack - Lisa and Bart are on the case. 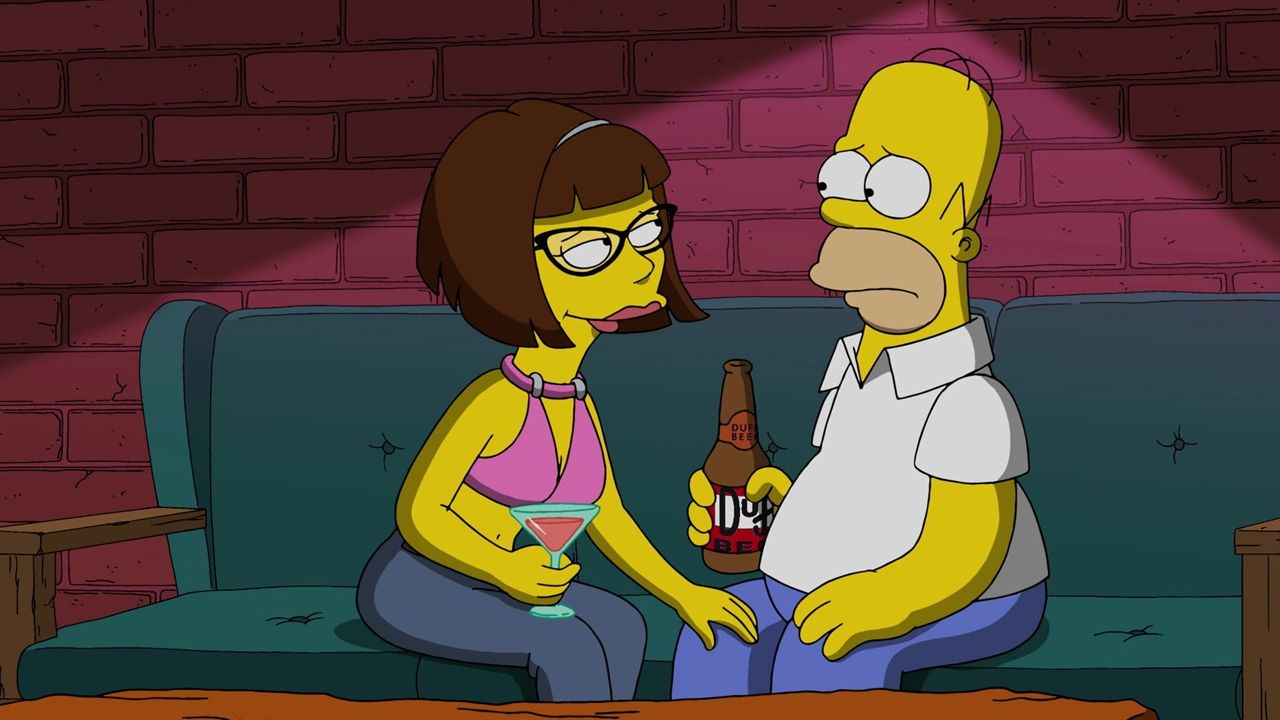 Every Man's Dream 27x01
In the season 27 premiere, Marge and Homer split up--and this time it looks like it's for good. Homer takes up with a young pharmacist named Candace, but he misses Marge.