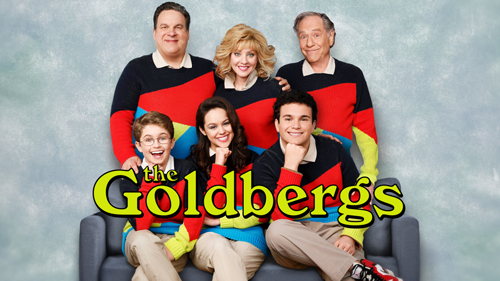 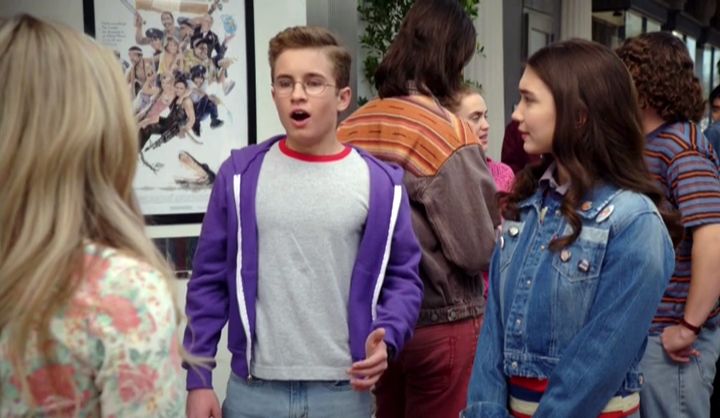 Graduation Day 04x24
Graduation Day is quickly approaching, and Erica cannot wait to get out of the house, until it dawns on her how much Beverly's love means to her. She attempts to delay her graduating so she can stay home. Later, Barry has plans for him and Lainey, but they turn to dust. Meanwhile, Dana makes a surprise visit just as Adam and Jackie officially become a couple. 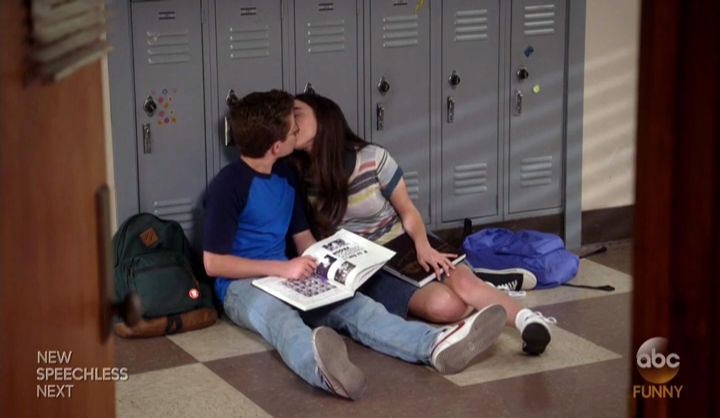 Jedi Master Adam Skywalker 04x23
As the school year comes to a close, Barry and Erica wonder what they'll be voted for in the yearbook and pressure Adam - who's on staff - to see the rough layout before it goes to print. But when they accidentally delete it, mass panic ensues and messes up Adam's relationship with Jackie. Meanwhile, Murray is annoyed when Marvin comes to visit for money, but Beverly convinces him to help Marvin out with a plan, because he's family. 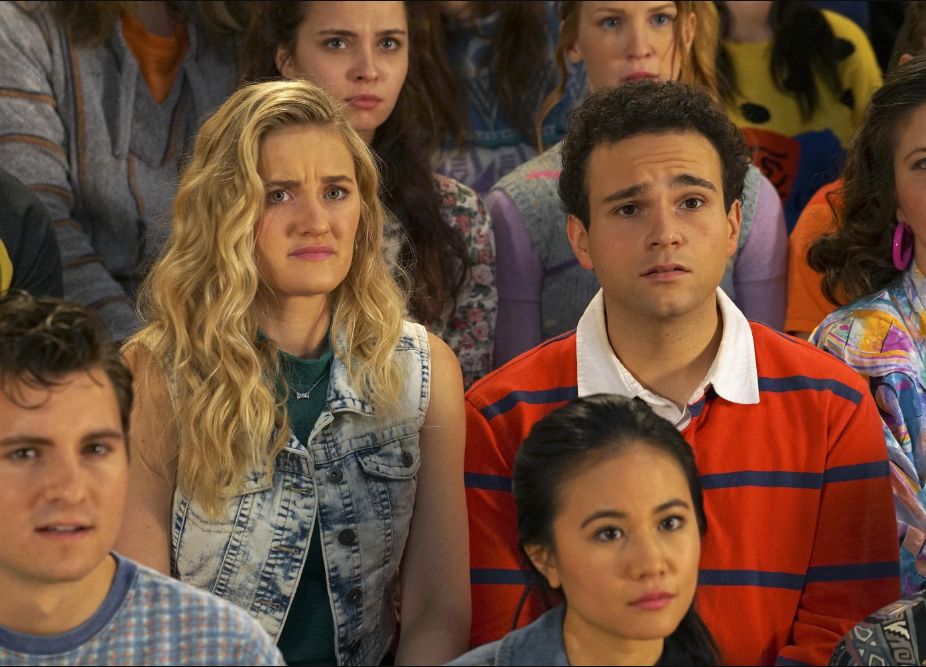 The Day After the Day After 04x22
After TV movie "The Day After" airs, Barry takes matters into his own hands by attempting to convince Murray to build an underground bunker. When he says no, Barry tries one last attempt at getting Murray to change his mind. Meanwhile, Erica and Adam give over-the-top Mother's Day gifts before making important requests to Beverly, but it ultimately backfires. 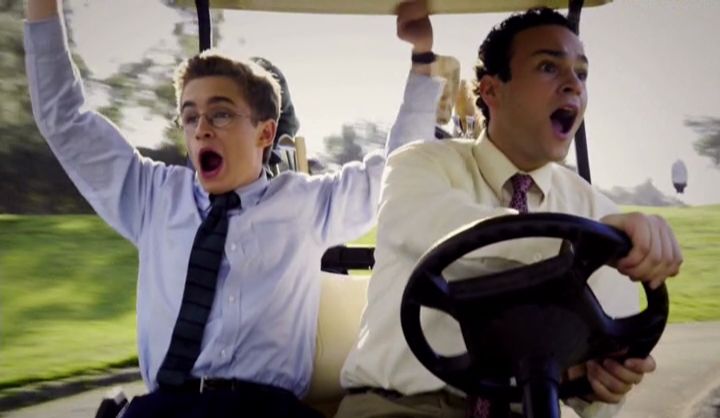 Fonzie Scheme 04x21
When Murray is honored as one of Jenkintown's top businessmen, his plaque is hung on a wall with all of the other honorees. And soon Beverly is dismayed to learn he has no discernable hobbies, and her attempts to help him find some backfire. Meanwhile, Barry creates a scheme stealing golf carts, but the situation goes awry and Erica comes to save the day. 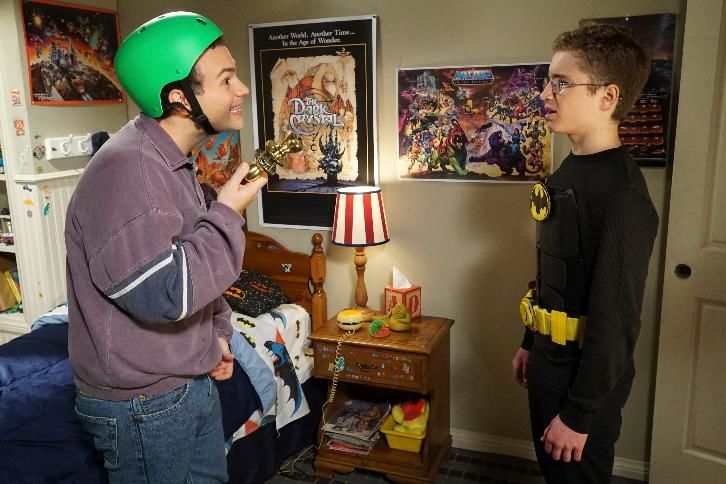 The Dynamic Duo 04x20
"The Dynamic Duo"- Feeling left out, Barry attempts to create a divide between Adam and Pops' relationship, as they debate the merits of the recently released Batman movie. Meanwhile, Erica purposely blows her college interview at Penn State so she will go to her first choice, Carneige Mellon. Hoping Murray will help as an alumni donor, Beverly and Erica learn a secret about Murray. 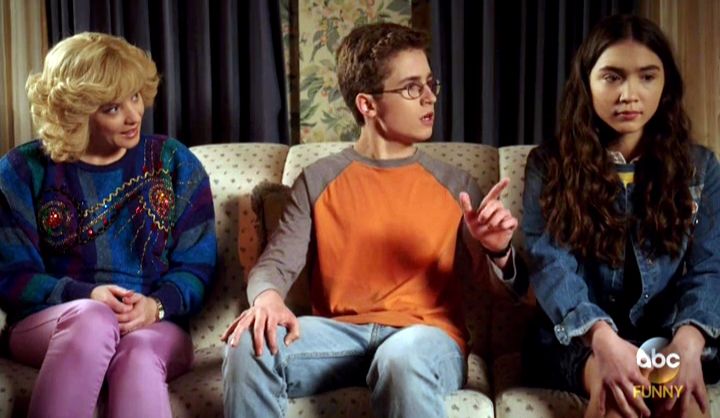 A Night to Remember 04x19
Barry plans big romantic gestures for Lainey on prom night; Adam is trilled when a nerdy but cute junior asks him out. 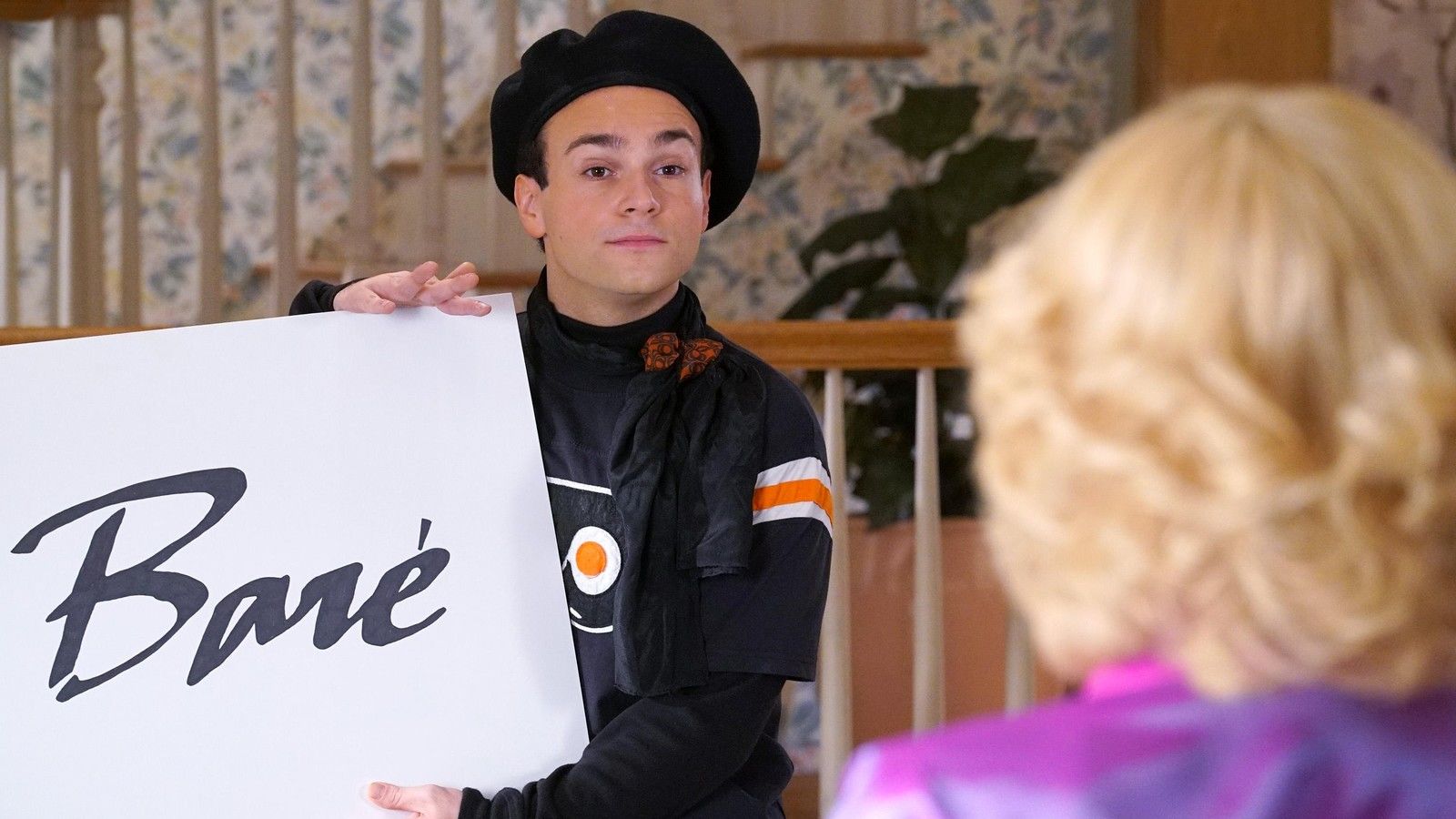 Baré (fka Doggie Howser) 04x18
When Lainey announces she got into a fashion program that doesn't have a medical school, Barry decides to modify his dream so he can be with Lainey. But Beverly sabotages his new plan, and Barry and Lainey question their future together. Meanwhile, Murray realizes his love for the dog is greater than his kids since Lucky won't ever leave for college. 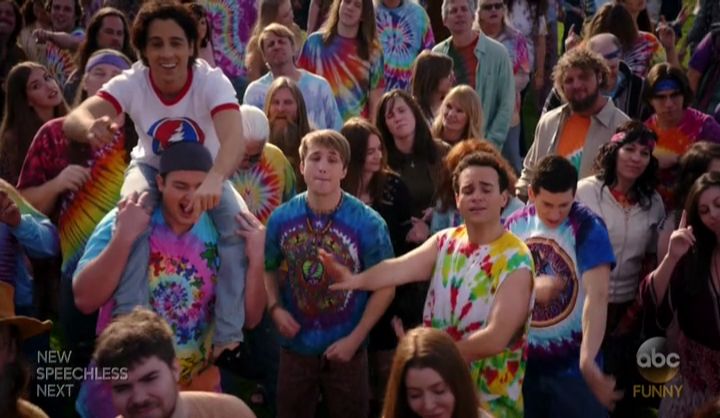 Deadheads 04x17
Barry feels threatened when school deadhead Matt starts hanging out with the JTP and soon finds himself kicked out of the group when he becomes too controlling. Back at home, Adam uses a curse word which sends Beverly into a tail spin, even though she curses all of the time. To curb everyone's behavior, a swear jar is created, with the money going to a vacation of the winner's choice.

The Kara-te Kid 04x16
Inspired by the "Karate Kid" films, Adam and the other Adam Goldberg face off in a karate match to settle once and for all a long-running feud. Barry and Adam go to Uncle Marvin for training, but the only thing they learn is how to clean an apartment. Meanwhile, when Erica and Geoff's relationship becomes public, they realize that they aren't the good guys 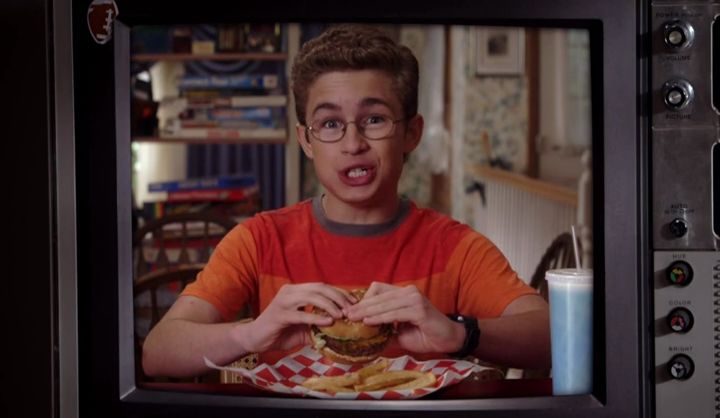 So Swayze It's Crazy 04x15
After Adam sees his friend on television, he asks Beverly for her help to become an actor, so Beverly enlists his friend's mom Edie, who is a kid talent agent in town. Unfortunately, Edie insists Adam can only get "nerd" roles, so Beverly goes on a quest to make Adam a teenage heartthrob. Meanwhile, Barry decides to embrace the punk lifestyle, and Murray attempts to become more involved in Erica's life, but it backfires. 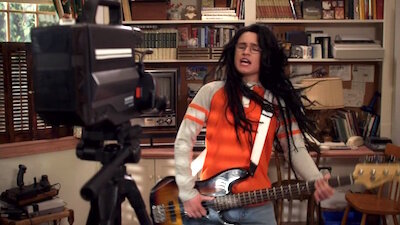 The Spencer's Gift 04x14
When both Barry and Erica gets jobs working at Spencer's Gifts, Erica gets jealous at how good of an employee Barry is. Meanwhile, Muray is thrilled that two of his children have jobs, so he insists that Adam gets one, despite Beverly's adamancy that he should focus on filmmaking. 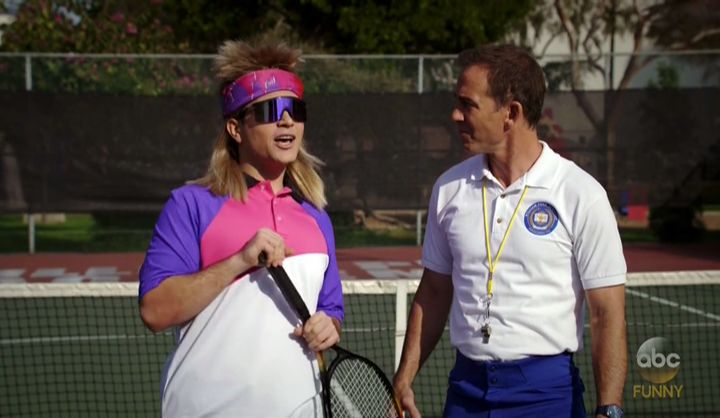 Agassi 04x13
Adam feels like he's losing his best friend, Chad, so he attempts to join the tennis team. When Chad picks Dave Kim as his partner, Adam vows to take him down with Barry in a tennis match, channeling Andre Agassi. Meanwhile, with the help of Beverly, Erica deals with her post-break up depression just in time for Valentine's Day. 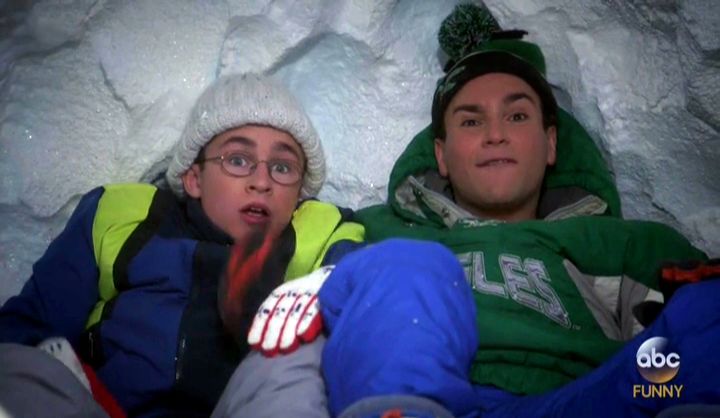 Snow Day 04x12
When a snow day cancels school, Adam and Barry discover Murray has a fear of snow. When the boys realize this, they exploit his weakness and take advantage of him. Meanwhile, Beverly finds Erica's college application lauding her mom as her hero, making Beverly very happy but angering Erica. 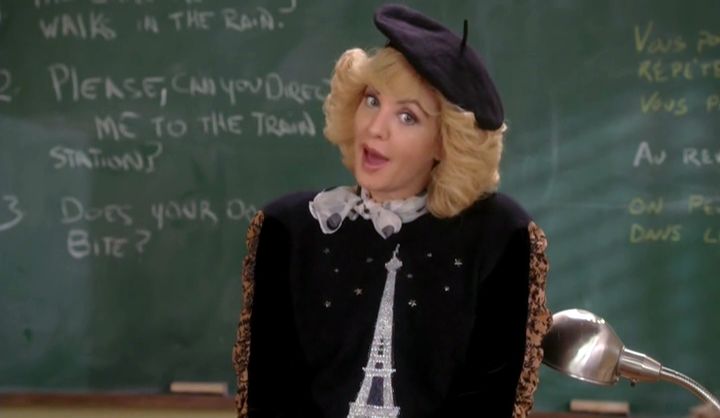 O Captain! My Captain! 04x11
Beverly substitutes for Barry's chemistry class in hopes to inspire students in the same way as Mr. Keating from "Dead Poets Society," much to Barry's embarrassment. When Beverly refuses to give Barry special treatment, Murray pushes Barry to work hard and prove to her that he can get a good grade. Meanwhile, after accidentally embarrassing Emmy by reading a note about her in class, Adam enlists Erica's help to be a better friend. 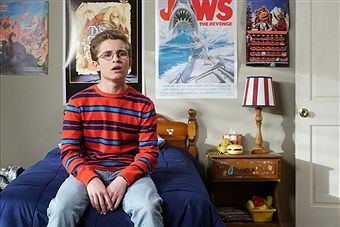 Han Ukkah Solo 04x10
After finding out there is only going to be one Hanukkah song in the Holiday Pageant, Beverly convinces Erica to create the perfect song to bring some excitement to the holiday. Erica sees her shot to break into the music business while Barry does his best to prove he too can be a hit maker with music. Meanwhile, Adam's childlike wonder with movies and entertainment is called into question when things he loved as a child aren't as good as he remembers.

Globetrotters 04x09
When Adam attends a Globetrotters game, he falls in love with the "theatrics" of the team and tries doing his own tricks on the court. But when he cuts together a video that makes Barry look like he lost a game to Adam and his friends, Barry demands a rematch, culminating in an epic battle at the school gym. Meanwhile, it's Murray's 50th birthday, and, despite his protests, Beverly throws yet another surprise party for him but gets more than she bargained for. 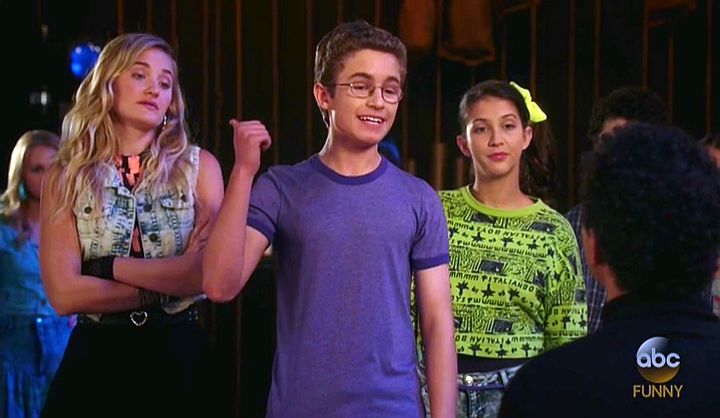 The Greatest Musical Ever Written 04x08
Barry makes fun of Adam for wanting to be in theater, but he suddenly becomes jealous when he discovers Adam and Lainey were cast in roles where they kiss each other. Barry joins the stage crew to sabotage the production, causing a rift between Barry and Adam. Meanwhile, Erica is excited for it to be her most relaxed school year ever until Beverly substitute teaches her most easy class and makes it a nightmare for her and other students. 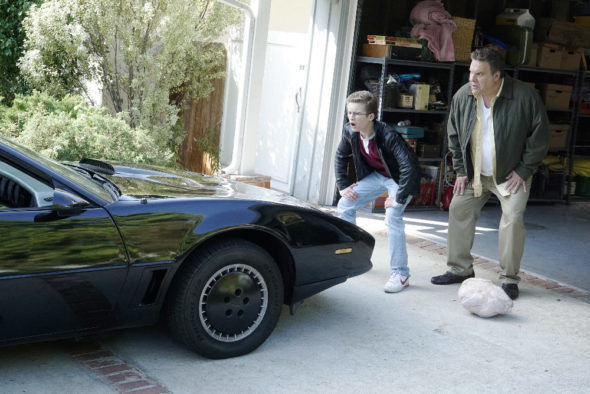 Ho-ly K.I.T.T. 04x07
Murray and Uncle Marvin bond over their love of "Knight Rider" and attend the Philadelphia Thanksgiving Day parade to see K.I.T.T. in person. Upset at his father and uncle for going without him, Adam poisons their relationship but later regrets his actions. Meanwhile, when Barry declares he is splitting his time between the Goldberg and Lewis families for Thanksgiving, Beverly hatches a plan to invite Bill and Lainey over. But her plans go awry when Bill has his own idea how to celebrate the holiday. 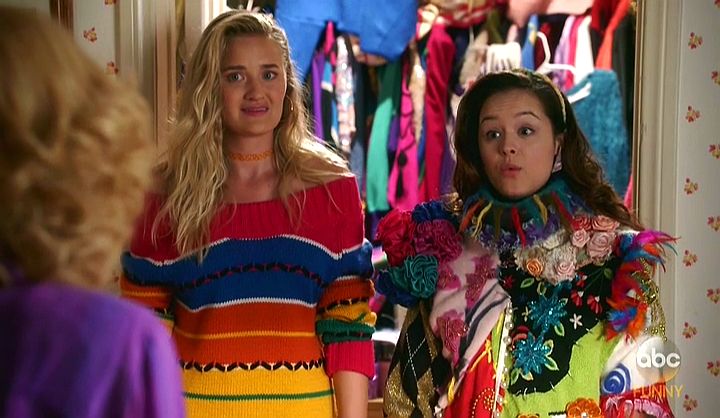 Recipe for Death II: Kiss the Cook 04x06
After learning of Murray's love of action movies, Adam uses the moment to garner the courage to ask his dad for money to film his own action film. But the production goes from bad to worse when Barry goes missing for playing the lead, and an unlikely replacement steps in. Meanwhile, Erica takes Beverly to go clothes shopping. When a situation at the hip store goes awry, Erica decides to make her own version of the popular outfit she wants -using Beverly's own sweaters. 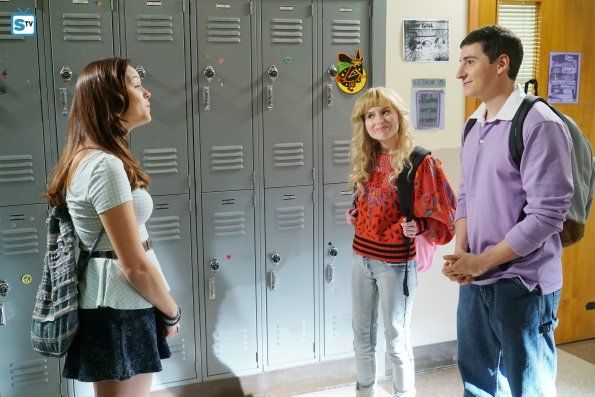 Stefan King 04x05
Adam's love of Stephen King inspires him to try his hand at horror writing. After learning the monster in Adam's story is based off Beverly, she forces Adam to stay in on Halloween and rewrite it, hoping he depicts her as a better mother. Meanwhile, Erica is desperate to find a date to the costume dance and forces Barry go with her. 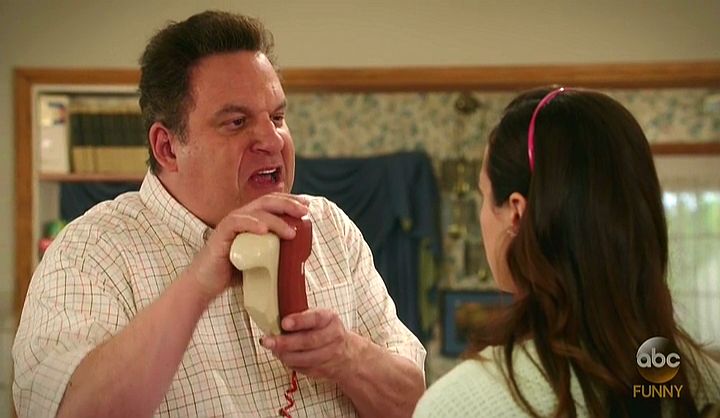 Crazy Calls 04x04
After getting their first-ever answering machines, Murray and Pop-Pop wage a message war on one another. Fed up, Erica, Barry and Pops try to stop the fighting by offering a trip to a hockey game as an olive branch. Meanwhile, Adam finally finds a lunch-time home with some lovable geeks in the computer room, but Beverly worries about his social standing and intervenes. 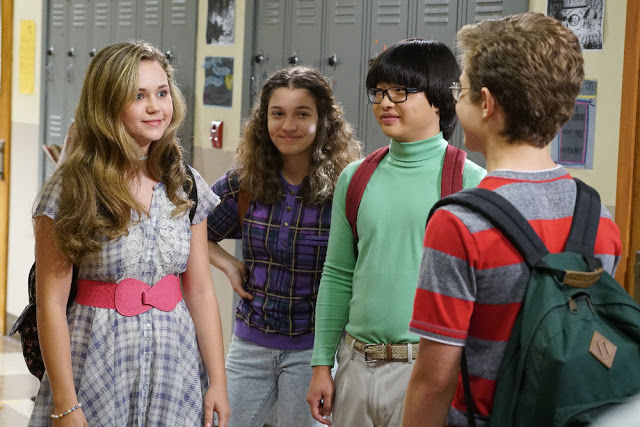 George! George Glass! 04x03
Erica and Adam both take the lead from TV's "The Brady Bunch" and "George Glass" their crushes. Adam risks bodily harm in an intense game of paintball, and Erica might be embarrassed when her friends see through her fake college-aged boyfriend. Meanwhile, Murray's stubbornness causes Beverly to miss seeing the Beach Boys at Live Aid. 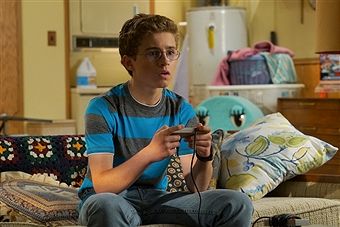 I Heart Video Dating 04x02
Erica and Lainey try to find Bill a woman of interest by using new technology for dating. They recruit Adam to create a demo reel, but Beverly insists she will find someone the old fashioned way. Meanwhile, after a "failed" aptitude test, Barry decides he wants to be a gym teacher and becomes Coach Mellor's apprentice. 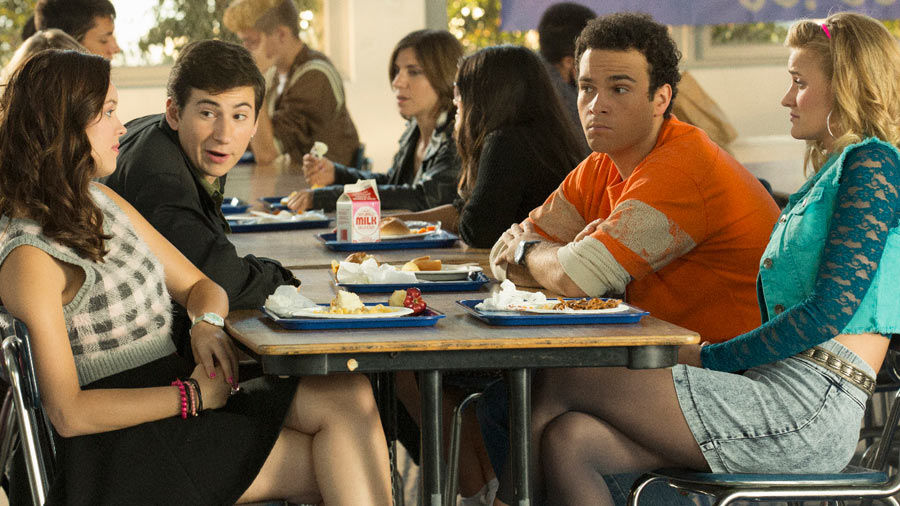 Breakfast Club 04x01
Adam works on his new persona for the first day of high school that he hopes will up his coolness level. Meanwhile, Beverly gets her teaching certification to become a substitute teacher. But when she is demoted to sub-janitor, she sends the Goldberg kids to a Saturday detention, but it is Principal Ball who must oversee the kids. Later, Murray arrives and takes over where he gives an important lesson.